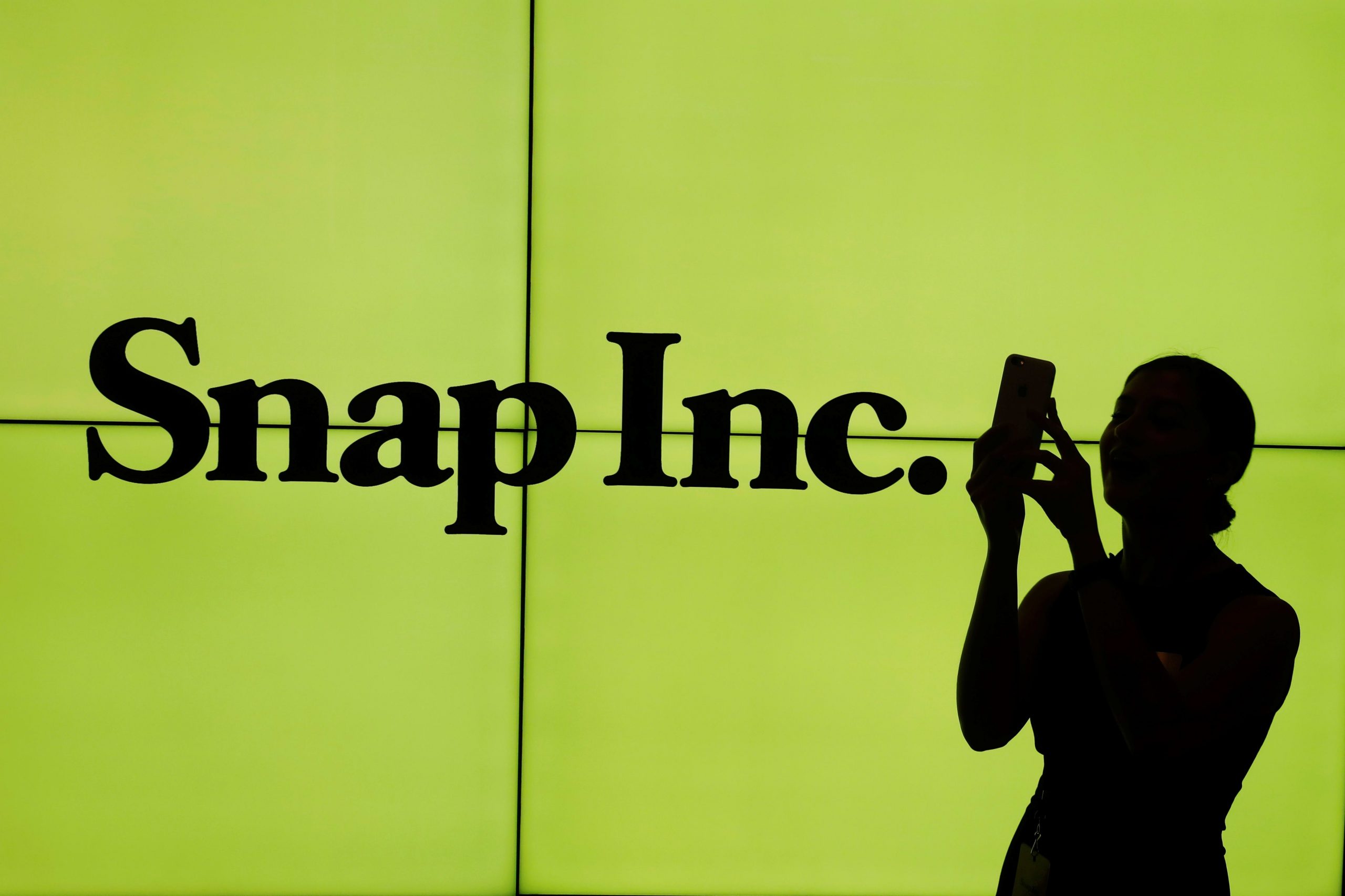 A woman stands in front of the logo of Snap Inc. on the floor of the New York Stock Exchange (NYSE) while waiting for Snap Inc. to post their IPO, in New York City.Lucas Jackson | ReutersSnap’s stock rose as much as 6% in after-hours trading on Thursday after the company reported its first-quarter results, in which it beat Wall Street’s expectations on earnings, revenue and user growth.Here’s what Snap reported versus Wall Street’s estimates:Adjusted loss per share: 0 cents vs. 6 cents forecast by RefinitivRevenue: $770 million vs. $743.8 million forecast by RefinitivGlobal daily active users (DAUs): 280 million vs. 274.62 million per FactSetAverage revenue per user (ARPU): $2.74 vs. $2.72 forecast by FactSetThe company provided an adjusted EBITDA forecast that it will lose as much as $20 million or break even in the second quarter.Snap’s net loss narrowed 6% to $287 million, from a loss of $306 million a year ago.Snap expects year-over-year revenue growth of 80% to 85% for the second quarter, Snap Chief Financial Officer Derek Andersen said in prepared remarks, a significant acceleration from the 66% annualized revenue growth it saw in Q1. The company also expects to reach approximately 290 million DAUs in the second quarter.This revenue guidance includes Snap’s estimate for the potential impact of Apple’s privacy changes in iOS 14, Andersen said. Those changes could impact social media companies’ ability to target ads to users.Andersen added that Q1 marked Snap’s first-ever quarter of positive free cash flow as a public company, which came in at $126 million. That was up $131 million compared with a year prior.Snap reported 280 million daily active users, up nearly 6% from the 265 million the company reported in February. That figure is up more than 22% compared with the 229 million daily users the company reported a year prior.Snap CEO Evan Spiegel also announced that Snapchat’s Android user base is now larger than its iOS user base. Spiegel called that inversion “a critical milestone that reflects the long-term value of the investment we made to rebuild our Android application.” It’s also a significant milestone for Snap because it blamed problems with its Android app for lackluster user growth in the first few years after its IPO.