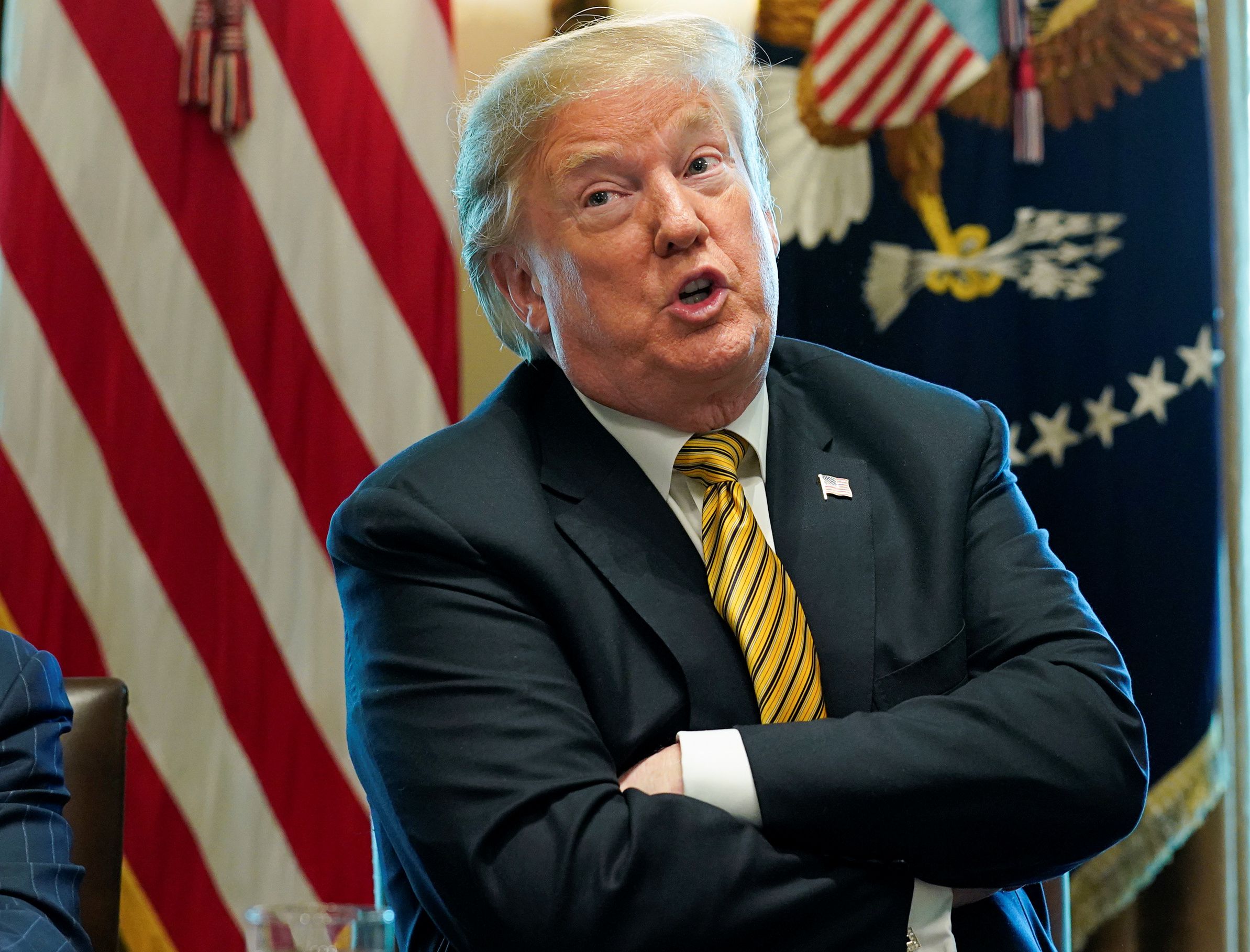 President Donald Trump speaks during a White House Opportunity and Revitalization Council meeting in the Cabinet room at the White House in Washington, U.S., April 4, 2019.

“I never told then White House Counsel Don McGahn to fire Robert Mueller, even though I had the legal right to do so,” Trump said in a new series of tweets, claiming that reports that he had were “incorrectly” published by “the Fake News Media.”

The president added: “If I wanted to fire Mueller, I didn’t need McGahn to do it, I could have done it myself.”

The New York Times reported in January 2018 that Trump had ordered McGahn to fire Mueller the previous June, but backed off his demand after the White House counsel had threatened to resign. The Times then reported in April 2018 that in December, Trump had said in definitive terms that the Mueller investigation, which began in May 2017, must be shut down.

The Mueller report itself, released last week with redactions, is consistent with both Times’ reports. McGahn, who emerged as Mueller’s most-cited source in the 448-page report, said in a statement through his lawyer that the incidents described in the document are “accurately described.”

McGahn’s lawyer, William Burck, did not immediately respond to CNBC’s request for comment on Trump’s tweets.

In two follow-up tweets, Trump said “Mueller was NOT fired and was respectfully allowed to finish his work on what I, and many others, say was an illegal investigation.”

The 22-month special counsel probe looked at Russian meddling in the 2016 election, as well as possible collusion between the Kremlin and the Trump campaign and whether Trump obstructed the investigation from continuing.

Mueller concluded that there was insufficient evidence to show coordination between Russia and the Trump campaign and made no recommendation to the Justice Department on the question of obstruction by Trump. Attorney General William Barr and Deputy Attorney General Rod Rosenstein, however, concluded that there was insufficient proof for an obstruction offense based on the Mueller report.