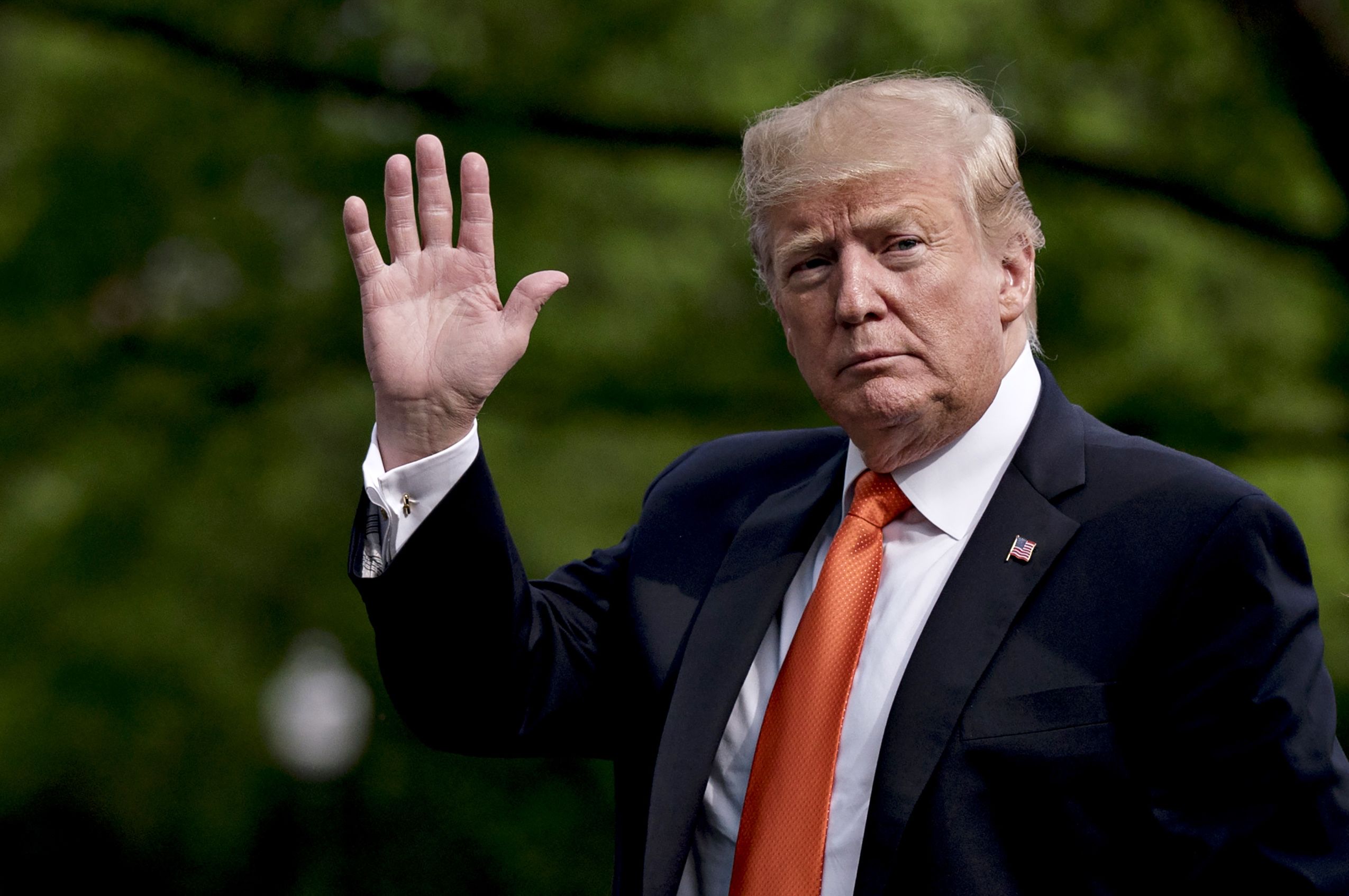 “Welcome to the race Sleepy Joe,” Trump said in a tweet. “It will be nasty,” the president said.

“I only hope you have the intelligence, long in doubt, to wage a successful primary campaign,” Trump added sarcastically.

Less than three hours earlier, Biden announced on Twitter that he was running for president with a video that attacked Trump directly.

That video highlighted Trump’s much-criticized remark that there were “very fine people on both sides” of a white nationalist rally and counterprotest in Charlottesville, Virginia, in 2017. One counterprotester was killed in the incident.

Before Biden announced his candidacy, Trump had tweeted a video mocking him over a series of reports of women alleging the former vice president made physical contact they felt was inappropriate.

In early April, Biden promised in a two-minute video to be “more mindful and respectful of people’s personal space.”

“WELCOME BACK JOE!” Trump tweeted on April 4, accompanied by a doctored parody video.

Biden had responded at the time with a tweet of his own: “I see that you are on the job and presidential, as always.”

“Joe Biden has been running for president and losing since the ’80s. 2020 won’t be any different,” RNC Communications Director Michael Ahrens said in a statement. “We don’t need eight more years of Biden. Just ask President Obama, who isn’t even endorsing his right-hand man.”

The Biden campaign did not respond to a request for comment.