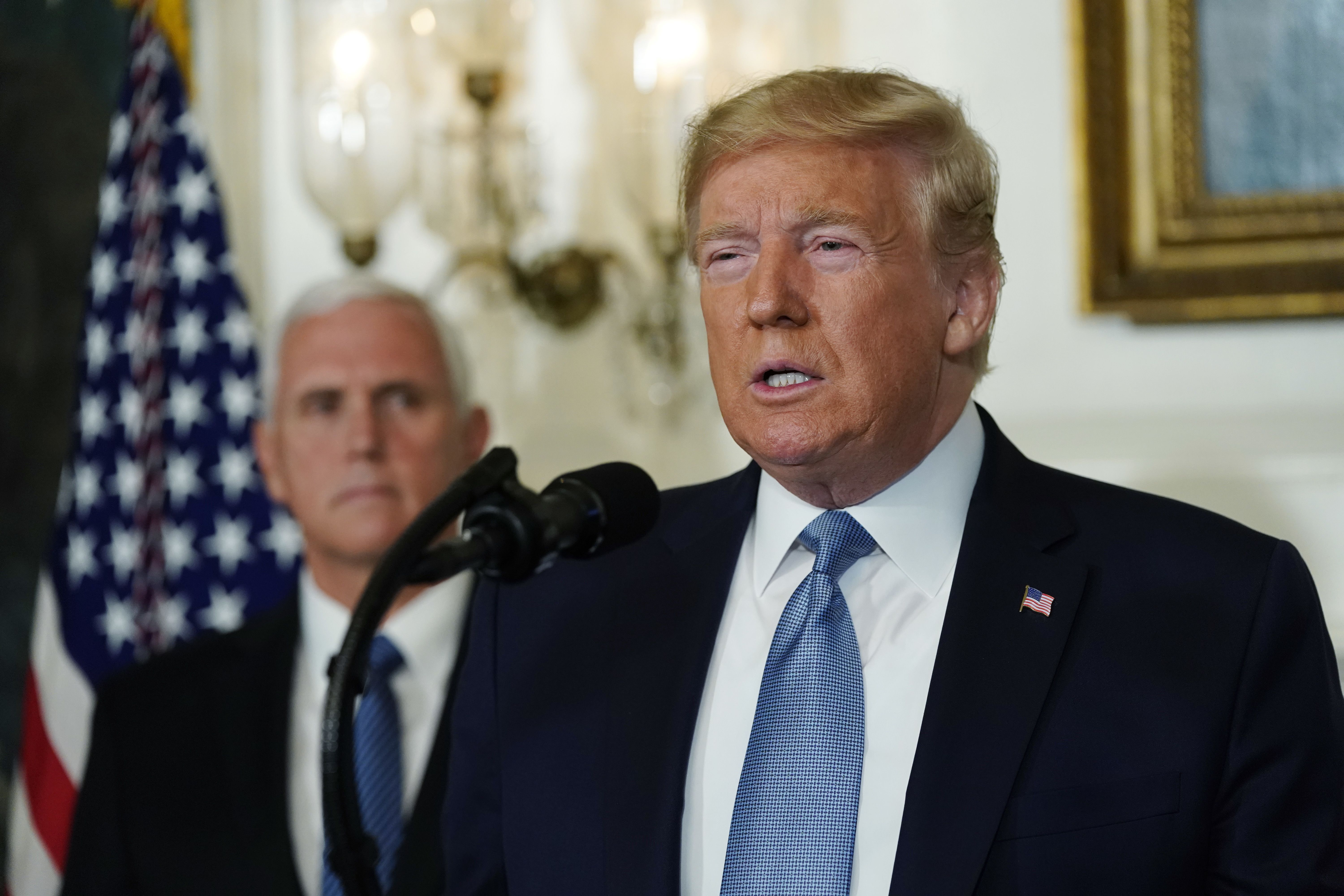 President Donald Trump on Monday called on Republicans and Democrats to “come together and get strong background checks” for gun purchases, but linked them to immigration reform, following two mass shootings over the weekend.

In a statement on Twitter, the president suggested that legislation requiring background checks for gun sales — a popular gun reform proposal — should be paired with “desperately needed immigration reform.”

“We must have something good, if not GREAT, come out of these two tragic events!” Trump wrote.

Trump’s tweets followed mass shootings in El Paso, Texas, and Dayton, Ohio, that in less than a day killed 29 people and wounded dozens.

Just over 12 hours later, the gunman in Dayton began firing in an entertainment district, leaving nine dead and wounding 27. That shooter, identified as a 24-year-old white male named Connor Betts, was wearing body armor and carrying extra magazines with him. Police in the area responded less than a minute after the gunman began shooting, killing him.

The attacks were universally condemned by U.S. lawmakers, but Democrats, including numerous 2020 presidential candidates, quickly zeroed in on Trump, claiming his rhetoric has stoked racial tensions and condoned white nationalism.

South Bend, Indiana, Mayor Pete Buttigieg, another presidential contender, tweeted that Trump “isn’t just failing to confront and disarm these domestic terrorists, he is amplifying and condoning their hate.”

People react during a prayer vigil organized by the city, after a shooting left 20 people dead at the Cielo Vista Mall Wal-Mart in El Paso, Texas, on August 4, 2019. – The United States mourned Sunday for victims of two mass shootings that killed 29 people in less than 24 hours as debate raged over whether President Donald Trump’s rhetoric was partly to blame for surging gun violence.

House Judiciary Committee Chairman Jerry Nadler, D-N.Y., whose panel faces mounting pressure from the Democratic caucus to launch an impeachment inquiry into the president, said Monday morning on MSNBC that background checks are “good and necessary.”

But Nadler tore into Trump for linking that proposal with immigration reform, and said “these shootings were clearly, in part, a result of his racist rhetoric. That’s clear. His divisive and racist rhetoric. People have warned they would lead to violence and now they have.”

“That’s the implication. That’s disgusting. … It reminds me of the 1930s in Germany.”

Senate Minority Leader Chuck Schumer, D-N.Y., said in a tweet that if Trump is “serious” about background checks, he should call on leading Sen. Mitch McConnell, R-Ky., to “put the bipartisan, House-passed universal background checks bill up for a vote.”

Some Republicans had also addressed white nationalism in their responses to the El Paso massacre. Police have not yet identified a motive for the Dayton shooter.

“I believe that fighting terrorism remains a national priority. And that should include standing firm against white terrorism here in the U.S.,” said George P. Bush, a Texas Republican and nephew of former President George W. Bush.

Trump had earlier called the El Paso massacre “an act of cowardice,” saying “there are no reasons or excuses that will ever justify killing innocent people.”

After he called for bipartisan action on gun and immigration reform, Trump tweeted without evidence that “fake News has contributed greatly to the anger and rage that has built up over many years.”

“News coverage has got to start being fair, balanced and unbiased, or these terrible problems will only get worse!” the president said.