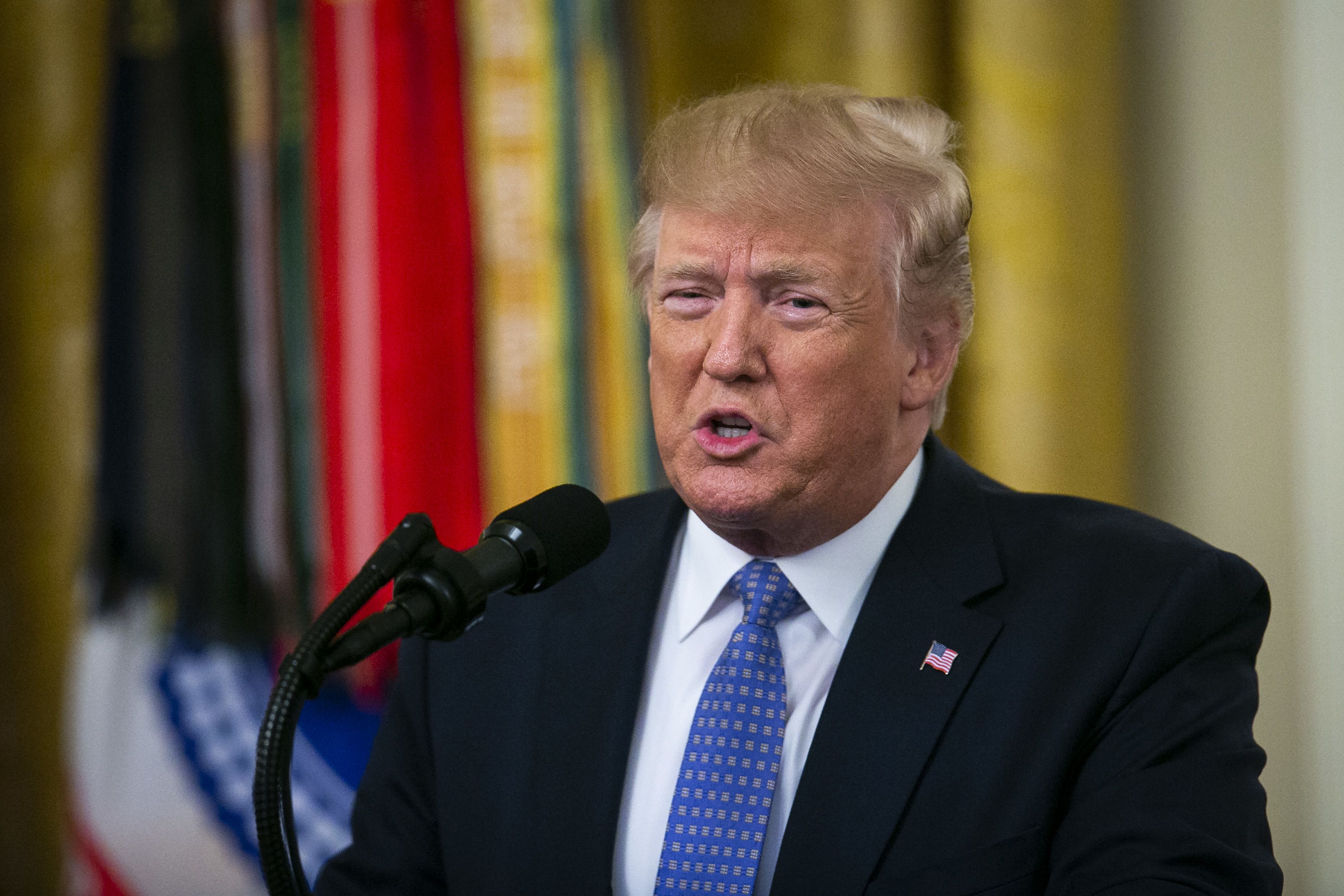 President Donald Trump lambasted Twitter, Google and other technology giants on Wednesday for what he sees as their efforts to repress his messaging and public commentary.

“Twitter is just terrible, what they do. They don’t let you get the word out,” Trump told Fox Business Network. “I’ll tell you what, they should be sued because what’s happening with the bias — and now you see it with that executive yesterday from Google. The hatred for the Republicans: It’s not even like ‘Gee! Let’s lean Democrat.'”

“These people are all Democrats, it’s totally biased toward Democrats. If I announced tomorrow that I’m going to become a nice liberal Democrat, I would pick up five times more followers,” he said. Twitter’s shares took a temporary hit in premarket trading as the president spoke.

Twitter and Facebook have doubled down on efforts to remove comments and accounts suspected of hate speech as well as those thought to be bots since the 2016 election. That’s drawn ire from both Trump and congressional Republicans, who claim that social media giants like Facebook and Twitter stifle conservative messaging and accounts.

Texas Sen. Ted Cruz earlier this year blasted Google, Facebook and Twitter over allegations that they censor conservative content and threatened federal regulation to oversee that messaging is being treated fairly.

“If we have tech companies using the powers of monopoly to censor political speech, I think that raises real antitrust issues,” Cruz said at a U.S. Senate Judiciary subcommittee hearing in April.

Though the tech companies have denied their platforms are politically biased, the issue has split the nation’s major political parties, with top Democrats claiming that there’s no evidence to support the GOP gripe. Some however, such as Democratic presidential candidate Elizabeth Warren, said Facebook in March removed ads that her campaign placed calling for the company’s breakup.

“I want a social media marketplace that isn’t dominated by a single censor,” she said.

Meanwhile, the U.S. Justice Department is reportedly planning an antitrust investigation into Alphabet’s Google subsidiary. Though Google has faced antitrust headwinds in the past, the reports last month came amid bipartisan concern over the power such companies have over public life.

In March the European Union ordered Google to pay around $1.7 billion because of advertising behavior.