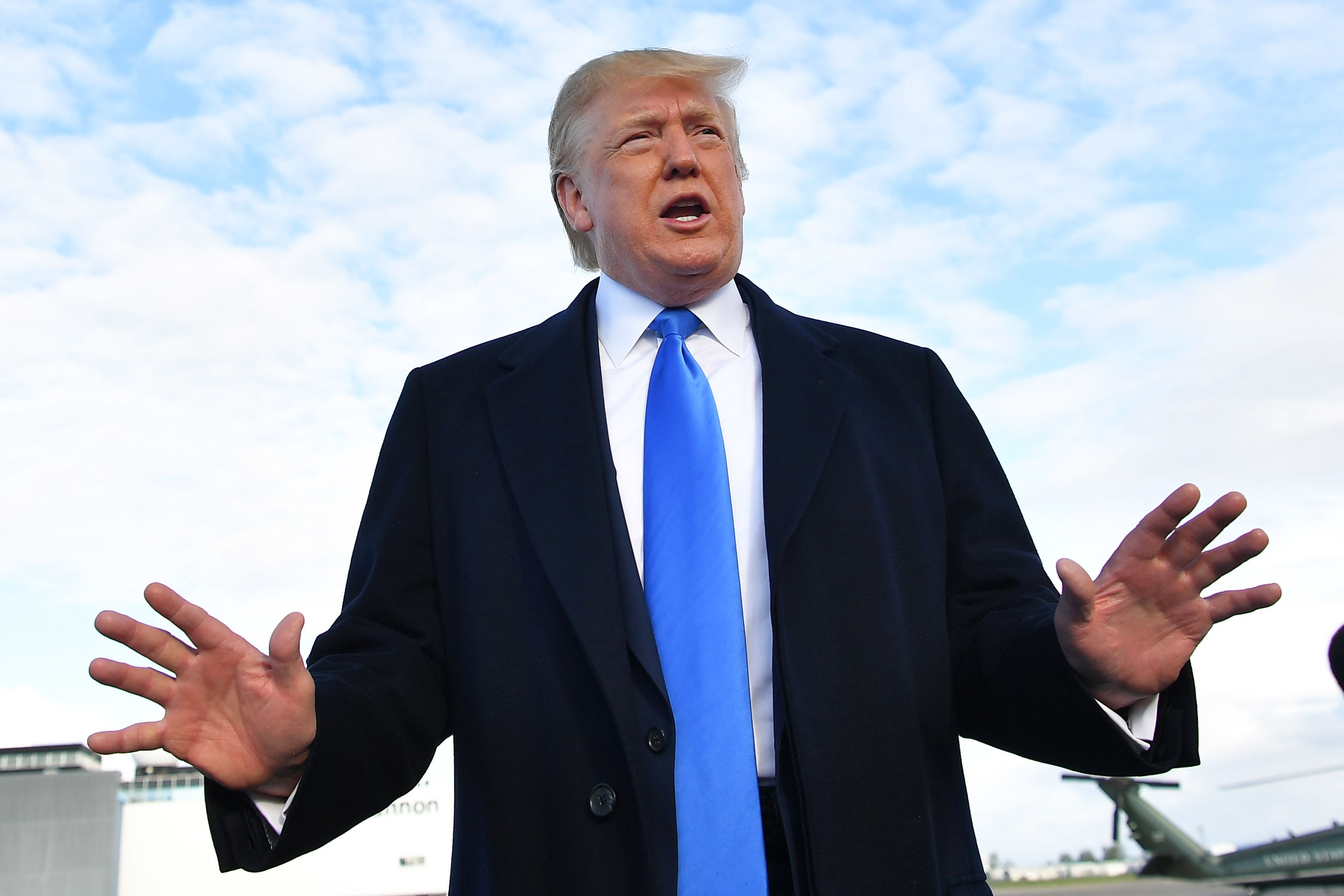 President Donald Trump speaks before boarding Air Force One at Shannon Airport in Shannon, Ireland, on June 6, 2019 and fly to Normandy, France, to attend the 75th D-Day Anniversary.

President Donald Trump sounded off on the conversation around Big Tech and antitrust issues on Monday in a live interview on CNBC’s “Squawk Box. ” Trump also said big tech companies are biased against him.

“I can tell you they discriminate against me,” he said when asked about antitrust scrutiny around companies including Facebook, Amazon and Google. “People talk about collusion. The real collusion is between the Democrats and these companies because they were so against me during my election run. Everybody said if you don’t have them, you can’t win. Well I won, and I’ll win again because we’re doing well and we’re not the fools anymore.”

Trump criticized the European Union’s large fines on American big tech companies, but suggested that antitrust issues are worth exploring, after he was asked about Facebook and antitrust laws.

“They’re actually attacking our companies,” Trump said. “But we should be doing what they’re doing. They think there’s a monopoly but I’m not sure that they think that they just figure this is easy money. We’ll sue Apple for $7 billion and we’ll make a settlement or win the case. So I think it is a bad situation but obviously there is something going on in terms of monopoly. “

When asked whether he views China-based smartphone maker Huawei as a national security threat or leverage in trade negotiations with China, Trump said it could be both.

“I do see it as a threat,” the president said of Huawei. “At the same time, it could be very well that we do something with respect to Huawei as part of our trade negotiation with China.”

Trump said he was optimistic about the nation’s standing on tech compared with China as well as the race to the next generation wireless network known as 5G.

“I made 5G a priority and before I got here we were way behind and now we are actually going to be leading very shortly,” Trump said. “If you look at China. China, as great as they are, and they are great, they don’t have near the capability of our geniuses in Silicon Valley that walk around in undershirts and [are] worth $2 billion. They don’t have nearly the genius that these people have.”

Trump mentioned his administration’s previous actions against Chinese tech company ZTE, which is also known for its smartphone business. In March 2017, the company pleaded guilty to charges that it violated U.S. sanctions on Iran and agreed to pay up to $1.2 billion in fines.

“I don’t want to put their companies out of business,” Trump said. “I want China to do well. I don’t want them to do as well as us, I have to be honest with you.”