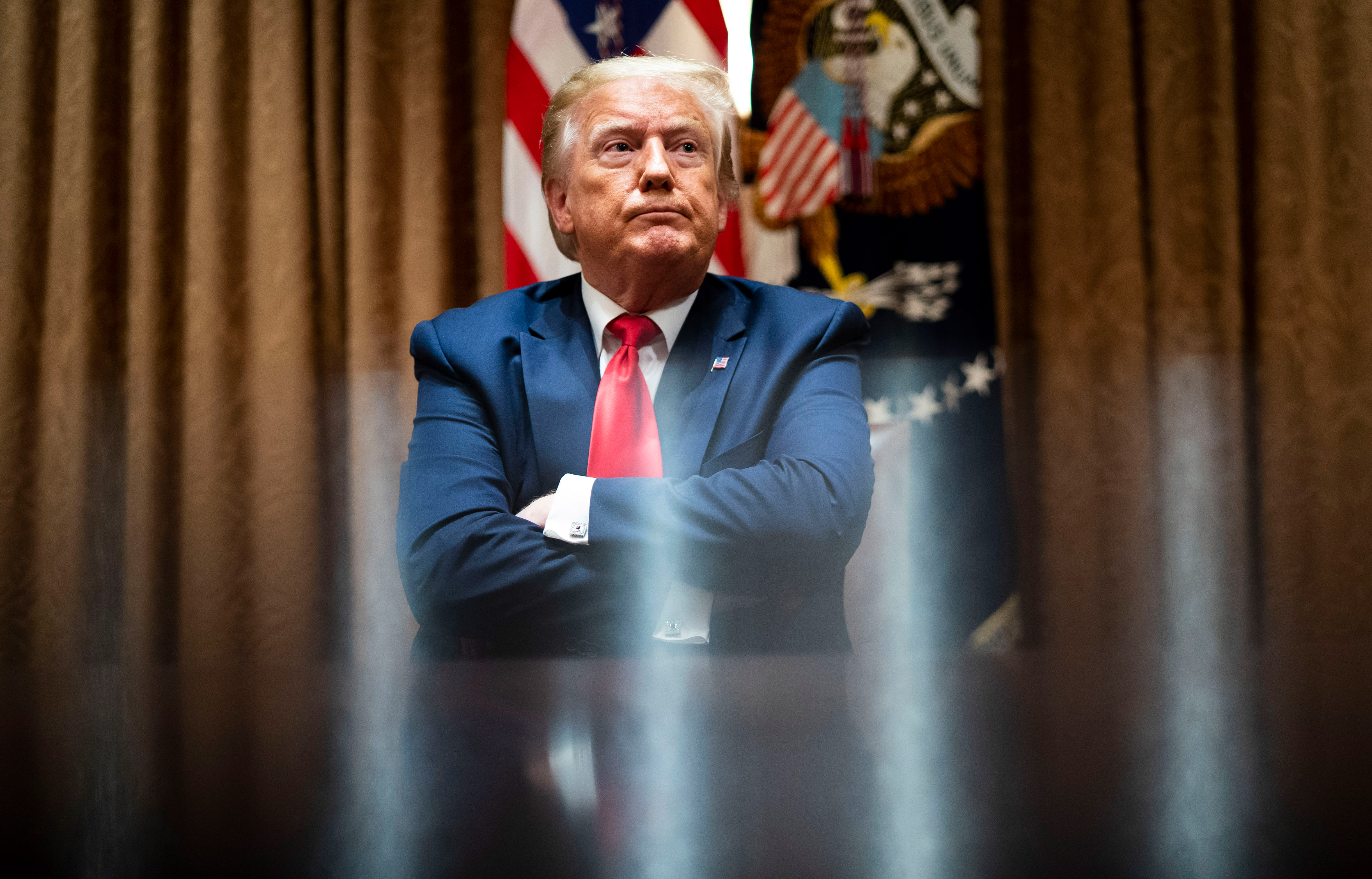 President Donald Trump speaks during a roundtable discussion with African American supporters in the Cabinet Room of the White House on June 10, 2020.Doug Mills | Getty ImagesA doctored viral video share by President Donald Trump on Twitter has been labeled as “manipulated media” by the microblogging site as it looks to clean up disinformation. The video shows a White toddler chasing a Black child down the street, and the banner says “Terrified todler runs from racist baby.” It is made to look like it is from CNN and toddler is misspelled. The text changes to read: “Racist baby probably a Trump voter.”The mood and music changes subsequently to show what actually happened. It displays the scene before the chase, and shows that the two children were actually friends who were running to meet and hug each other. The video concludes with text that says “America is not the problem” and a separate caption says “fake news is.” The irony is that this particular video was doctored.Twitter has slapped the tweet with a “manipulated media” label. The company explains that it “may label Tweets that include media (videos, audio, and images) that have been deceptively altered or fabricated.”It says that users are not allowed to “share deceptively altered media on Twitter in ways that mislead or deceive people about the media’s authenticity where threats to physical safety or other serious harm may result.”CNN actually reported on these two toddlers — Maxwell and Finnegan — in September 2019. Here is a tweet that shows part of the real video.The video went viral last year and has resurfaced due to the killing of George Floyd, a Black man who died in police custody. Floyd’s death has ignited discussions over racial inequality and the Black Lives Matter movement. The parents of the two children responded to Trump’s tweet.”He will not turn this loving, beautiful video to further his hate agenda,” Maxwell’s dad, Michael Cisneros, wrote on Facebook.”Utterly shocked. Trump posted this on his Twitter. For all you Trump supporters, I hope that his use of their beautiful video in this way disgusts you. It should,” Finnegan’s mom, Erica Russo McKenna said on Facebook. In another tweet, CNN responded saying that it covered the story “as it happened.” The news network took a swipe at Trump saying it will “continue working with facts rather than tweeting fake videos that exploit innocent children.”Twitter has been on a push to clean up disinformation on its site and has started labeling content it deems violates its rules. Trump has fallen foul of Twitter’s guidelines a number of times since the policy came into effect last month.Two of his tweets about mail-in voting got slapped with a fact-checking tag.