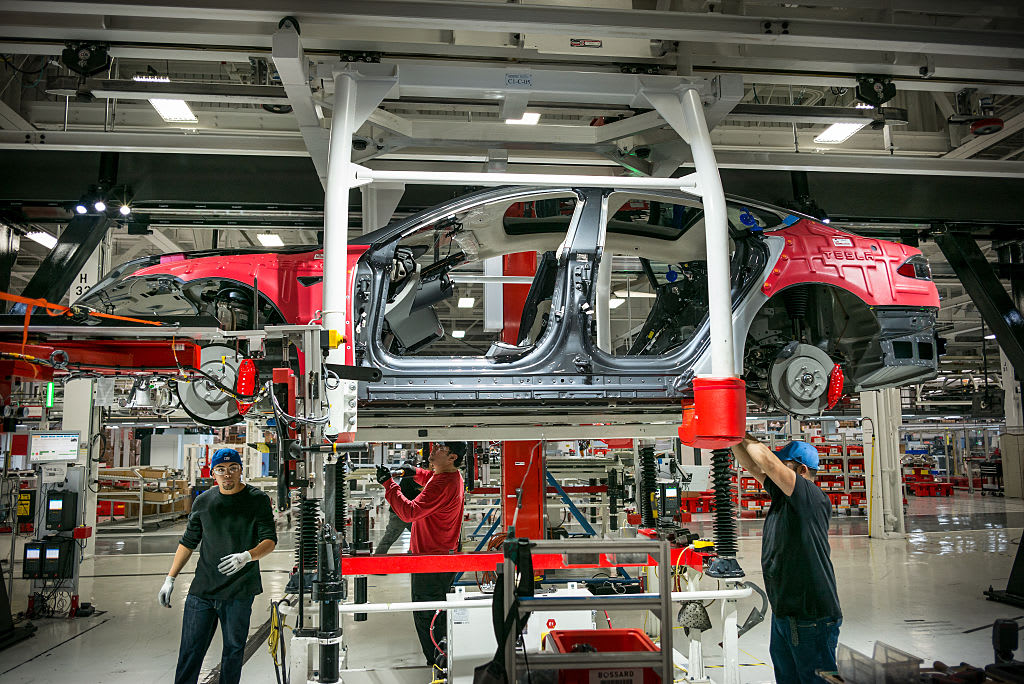 Workers assemble cars on the line at Tesla’s factory in Fremont. David Butow (Photo by David Butow/Corbis via Getty Images)David Butow | Corbis News | Getty ImagesTesla human resources informed employees on Friday that they could take the day off to observe Juneteenth – a holiday honoring the end of slavery in the United States – unpaid, according to emails sent by the company’s head of HR that were viewed by CNBC.Two current Tesla employees told CNBC on Friday that they found it offensive the company only informed them of this option on and not before June 19. The email arrived late in the morning on the east coast and after many had already arrived for shifts on the west coast.Many U.S. companies have announced that they will recognize Juneteenth as a paid holiday for their employees starting in 2020. They are doing this as a sign of support for their Black employees and the broader Black community following historic protests against police brutality that disproportionately effects Black people and systemic racism.Juneteenth is a portmanteau combining the words June and nineteenth, and commemorates the date when enslaved Black people in Texas were informed by a Union general that slavery had been abolished. Two years earlier, the Emancipation Proclamation of 1863 legally ended slavery, but slave owners hid this information from the enslaved.At the end of May, following the death of George Floyd while in police custody, Tesla’s HR boss Valerie Capers Workman, who is a Black woman, published an open letter about her own personal experience coming to work amid these historic protests and Covid-19 stresses.In that letter, she encouraged employees to research social justice and take advantage of mental health support at Tesla, especially if they are personally effected by racism.She wrote:”…Bringing my whole self to work is more than just rocking my natural hair or supporting Tesla’s Employee Resource Groups or championing diversity. It’s about being willing (and able) to show how social injustice is not an intellectual concept for me. It’s a part of my life and as a Tesla leader, to know all of me is to know that when I see these images, I am seeing a possible future for someone I love.”Here’s what Capers Workman wrote in the e-mail sent to all Tesla U.S. employees on Friday, which CNBC transcribed below:To: U.S. EmployeesFrom: Human ResourcesSubj.: HR Update – JUNETEENTH!Date: June 19, 2020 [Ed. Time Stamp redacted]Tesla fully supports Juneteenth for any US employee that wants to take the day off to celebrate, reflect or participate in events that are meaningful to you.This is an unpaid PTO and excused absence.Valerie Capers Workman | North America HR + EMEA & AU/NZ/JP/KRRegistered In House Counsel[Ed. Address and contact information redacted]Subscribe to CNBC on YouTube.