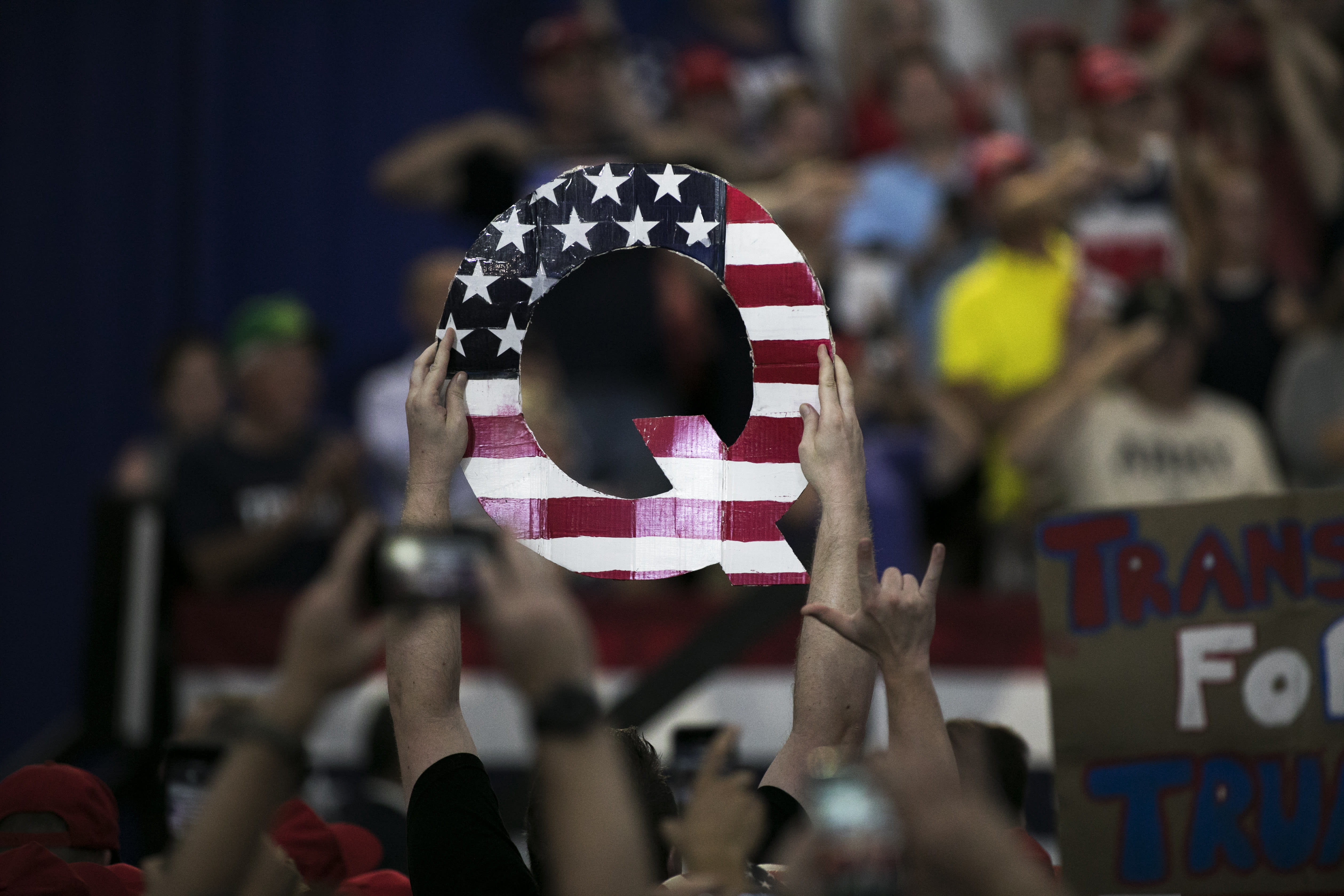 Twitter announced on Tuesday it has begun taking sweeping actions to limit the reach of QAnon content and banned many of the conspiracy theory’s followers due to ongoing problems with harassment and the dissemination of misinformation.Twitter will stop recommending accounts and content related to QAnon, including in email and follow recommendations and will take steps to limit content circulation in places like trends and search. This action will affect approximately 150,000 accounts, according to a spokesperson, who asked to remain unnamed due to concerns about the targeted harassment of social media employees.The Twitter spokesperson also said the company had taken down more than 7,000 QAnon accounts in the last few weeks for breaking its rules on targeted harassment as part of its new policy.More from NBC News:Rural real estate prices rise as people consider leaving citiesAmerica went shopping as lockdowns lifted — but retail could take another hit as coronavirus cases riseTexas Walmart shoppers react to new face mask mandateThe sweeping enforcement action will ban QAnon-related terms from appearing in trending topics and the platform’s search feature, ban known QAnon-related URLs, and ban “swarming” of victims who are baselessly targeted by coordinated harassment campaigns pushed by its followers.The spokesperson said while the targeted enforcement against QAnon fell under Twitter’s existing platform manipulation rules, its classification of QAnon as coordinated harmful activity was a new designation. The spokesperson said Twitter was taking action now because of an escalating degree of harm associated with the conspiracy theory.Twitter plans to permanently suspend accounts that violate existing policies around platform manipulation, ban evasion and operate multiple accounts, behaviors commonly seen used by QAnon accounts, the spokesperson said. Twitter began blocking QAnon websites last week and will continue to block the distribution of QAnon-related URLs, the spokesperson said.QAnon is a right-wing conspiracy theory that centers around the baseless belief that an anonymous tipster is revealing how President Donald Trump is leading a secret war against a so-called Deep State — a collection of political, business and Hollywood elites who, according to the theory, worship Satan and abuse and murder children. The conspiracy theory draws its roots from Pizzagate, which claimed Hillary Clinton ran a pedophile ring outside of a Washington D.C. pizza shop.QAnon emerged from the fringes of the internet’s conspiracy community to become a recognized political phenomenon, with Trump supporters showing up at events with “Q” merchandise. Qanon followers have also been implicated in armed standoffs, attempted kidnappings, harassment and murder since the conspiracy theory first gained traction in in the internet in October 2017.Last year, the FBI designated QAnon as a potential domestic terror threat. The FBI’s report on QAnon’s ties to dangerous real-world activities led in part to Twitter’s decision, a spokesperson said.Despite no evidence and numerous predictions that failed to materialize, QAnon support has trickled into the mainstream, with numerous Republican candidates for Congress openly espousing their support for the movement.And the coronavirus pandemic has only added more momentum to what is now a QAnon movement that has new found common ground with other fringe internet communities, including anti-vaccination groups. In recent months, coordinated QAnon campaigns pushed fringe hashtags like #Obamagate and #SubpoenaObama into trending topics that were ultimately promoted by Trump.Some QAnon supporters have also become more organized and aggressive in attacking celebrities. QAnon followers frequently comb through social media posts and Instagram pictures of Trump’s famous political opponents, intentionally misinterpreting benign photos as proof the celebrities are eating children. The followers then target those celebrities with harassment campaigns, coordinated by influencers in the QAnon community on Twitter, Instagram and YouTube.TV personality and author Chrissy Teigen has been a constant target of harassment by QAnon and Pizzagate accounts in recent weeks. The harassment campaign has since targeted friends in her life, some of whom are private figures, who have had their Instagram accounts swarmed by conspiracy theorists posting violent threats.This type of harassment campaign is known as “swarming” or “brigading,” and Twitter said those swarms will no longer be allowed on the platform. Twitter will ban users who threaten users during QAnon-related swarms, and will limit the reach and search visibility of those who participate in them.A Twitter spokesperson said this sort of anti-harassment policy could apply to other groups that are primarily motivated by targeted harassment in the future.Earlier this month, QAnon conspiracy theorists falsely claimed on Twitter, Reddit, and TikTok that the furniture company Wayfair was shipping trafficked children because price glitches raised the price of pillows and cabinets to tens of thousands of dollars. The company’s name was the top trend on Twitter in the United States on July 10 as Twitter users posted links to expensive furniture.The company released a statement reiterating that some cabinets were appropriately priced, while a glitch affected the price of the cost of some personalized pillows.Still, the conspiracy theory has continued to rage on TikTok among some users who did not know it was initially posited by a QAnon influencer on Twitter.Reddit has similarly banned the process of “brigading,” where users of one community target another community with harassment in a coordinated fashion, on its service.

A 65% rally could be ahead, trader says
Zuckerberg warned Facebook employees about ‘bullying’: report
To Top
error: Content is protected !!
Top