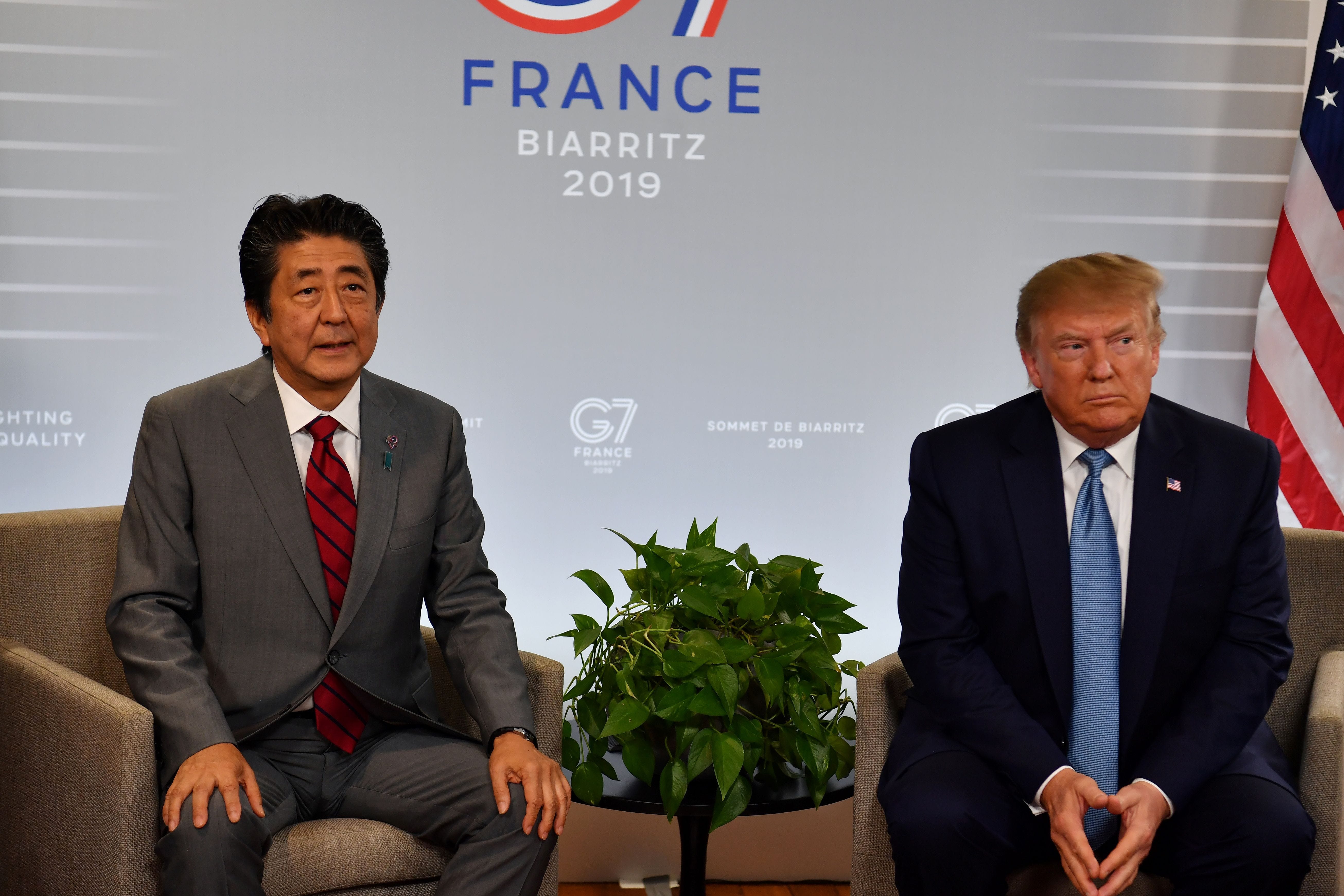 BIARRITZ, France – President Donald Trump said Sunday the U.S. and Japan have agreed in principle on a new trade deal that calls for the Japanese to buy U.S. surplus corn.

“We’ve been working on a deal with Japan for a long time, and we’ve agreed in principle,” Trump said during the G-7 summit in southwest France.

Details of the agreement, announced a few hours after a meeting between Trump and Japanese Prime Minister Shinzo Abe, were not immediately available. But U.S. Trade Representative Robert Lighthizer said the deal will open up markets to $7 billion in other products.

Trump said the deal would likely be signed at the United Nations General Assembly meeting in September.

Abe said that while some working remains to be done on the final language of the deal, “we have successfully reached consensus with regard to the core elements related to agricultural and industrial trade.”

Washington has been negotiating a trade deal with Tokyo since the U.S. pulled out the Trans-Pacific Partnership pact negotiated by the Obama administration. An agreement would represent a victory for Trump, who has favored one-on-one trade deals with other countries rather than broader pacts covering several countries at once.

Reaching an agreement with a close ally in Asia such as Japan is particularly important given that negotiations with China over trade have resulted only in increased tensions and tariffs. Trump’s critics have warned that the withdrawal from the Trans-Pacific Partnership in 2017 created an economic vacuum in the region that Beijing has been all too eager to fill.

The agreement, if it comes to fruition, would represent a deliverable from what many have viewed as a close relationship between Trump and Abe, who has sought a personal connection with the U.S. president forged during several golf outings in the U.S. and Japan. Earlier this year, it was Trump who Abe invited Trump to be the first foreign leader to meet with Japan’s new emperor.

While details of the agreement remained unclear, Lighthizer said it would focus on agriculture, industrial tariffs and digital trade and would enable the U.S. farmers to compete with other countries in the Trans-Pacific Partnership.

More: At G7, EU warns it will respond ‘in kind’ if Trump puts tariff on French wine

Iran threatens oil supply, but it won’t derail bull stock market
These 16 US housing markets are shrinking the most
To Top
error: Content is protected !!
Top