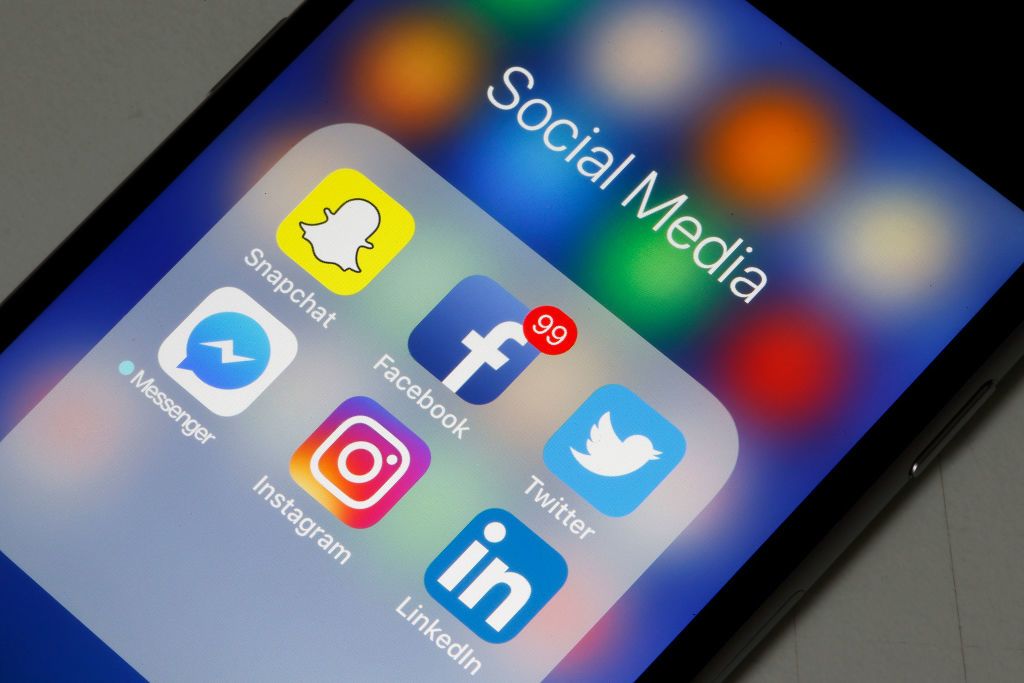 Generation Z has never known a world without the internet, smartphones and social media and their behavior is a constant source of fascination for companies who want to understand how to reach them with the next big thing.

The group — often described as being aged between around 8 and 22 years-old — rarely watch TV, use WhatsApp for communicating with their parents, sometimes “ghost” job offers, and are courted by the likes of Snapchat, Instagram and YouTube for their attention. Some are really not fans of Facebook despite the firm’s attempts to win teens back to the platform.

According to a group of 17-year-olds CNBC spoke to, Gen Z can be pretty private on social media but aren’t always sure when they’re shown ads on apps.

Tanjia is studying math, economics and history at high school and mainly uses Snapchat, Instagram and Twitter, keeps her location private and only accepts people she knows as friends or followers. “If I take a photo near home, I don’t tag it (in) those areas and stuff like that. So, I’m quite conscious of people watching what I post,” she told CNBC.

Emil, studying math, French and politics, also keeps his Instagram private, although he rarely posts. “When I first got social media, my parents made sure I did that and now, it’s just grown on me,” he told CNBC. “I don’t want to say I grew out of it but that’s sort of what it felt like happened. I stopped caring, basically, about likes,” he added.

The teenagers spoke to CNBC after a week at London ad agency Isobel, which runs a summer school program for students. Two teams were tasked with creating an ad campaign to warn younger teens of the dangers of social media, before presenting them to a judging panel. Tanjia’s team cautioned children not to share their location on social media with the tagline “Your World is Theirs,” while the second group encouraged youngsters to “Pull the Plug on Online Hate.”

While none of the students wanted to speak publicly about cyber-bulling, they were very aware of it, according to Isobel Managing Partner Jamie Williams. “They knew all about it, whether that’s happened to them or their friends … there were themes that were very relevant,” he told CNBC by phone.

As 17-year-olds, the risks appear to be more about blowing a job prospect than staying safe. “What you post can affect how you work when you’re older … But when you’re younger, it’s more about being careful for yourself,” Tanjia said.

There was a concern about validation too. “I wouldn’t want to want to post a picture and people’s reactions to be (negative), even if they’re not responding or anything, I don’t want the idea that these people were thinking ‘Oh, God, what did he just post?’ or anything like that,” Emil said.

This is a key topic for Instagram, which announced this month that it is expanding its trial to hide like counts and video views in Australia, Brazil, Canada, Ireland, Italy, Japan and New Zealand. Head of Instagram Adam Mosseri said hiding like counts is one way to make the social network “a less pressurized environment.”

Deniss, who wants to be an actor, told CNBC he “doesn’t care” who follows him on Instagram, and mainly uses Snapchat to communicate, although won’t accept contact requests from people he doesn’t know. But at the moment he’s unlikely to use social media to promote his acting, he said. “I don’t want to use social media to provoke popularity. So if I become popular, people may choose to follow me,” he added.

Deniss prefers to use Russian social network VKontakte (or VK, similar to Facebook) to chat with friends in Latvia and Russia as well as to listen to music.

Advertising is an accepted part of social media, but it wasn’t always obvious to the group when they were seeing ads. Instagram Stories for example, features “native” ads that look like posts from accounts people follow, which can be confusing, Tanjia said. “Sometimes they show ads in between. The same one as how you’d watch a normal story. Sometimes I don’t realize that’s not a person’s account … it’s like subconsciously (an ad).”

All three use Snapchat to chat with friends regularly, while WhatsApp is for group conversations or messages from parents, “as they don’t have anything else.”

As for Facebook? “Most of us have it, we just never use it,” Tanjia said. “It’s not our thing.” They are aware that Facebook owns Instagram and WhatsApp.

“I think it’s kind of sad when they do more things like … Facebook Stories is the same as Instagram Stories and Snapchat Stories … (Facebook is) just trying to copy everything that they already own,” Tanjia added.

Facebook is just not cool, Emil stated. “Our generation is quite ‘brand-y.’ We are obsessed (with brands) and we’re like sheep, we just flock to whatever seems the coolest. And Facebook is at the point of no return.”

Williams agreed. “When I ask if they’re on Facebook, they would look at me as if they had barely ever heard of it,” he said.

As well as gaining insights into how Generation Z uses social media, the program at Isobel is an opportunity for the ad industry to reach a more diverse group of people as the students were from a variety of backgrounds, Williams added.

“Ultimately, we’re trying to engage consumers right across the U.K. with the brands that we work with, and representing society within our agency, within our industry, is important.”