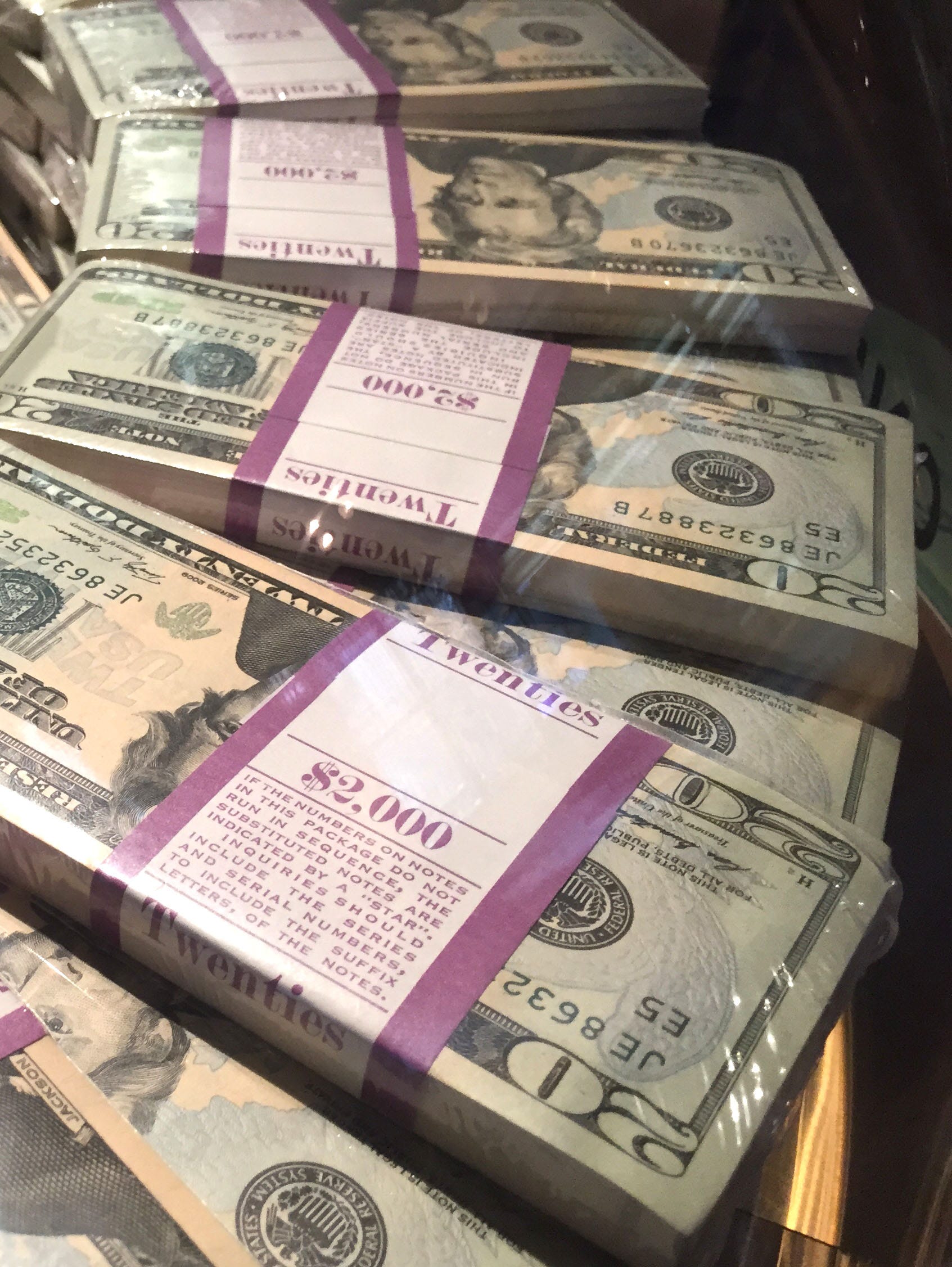 The story is yet another reminder about how you need to double-check your numbers, take a hard look at what you’re being told and keep good records of previous Social Security statements.

In an odd quirk, Social Security finally acknowledged in early August that a glitch caused the agency to send out some incorrect “On Request” paper statements. The troubled reports were triggered if you asked for information on your Social Security account via a paper form, known as an SSA-7004.

“Of the tens of thousands of paper requests the agency receives annually, less than 1% of those statements issued contained errors,” according to an email from Mark Hinkle, acting press officer in the national Social Security office.

Social Security said a coding issue caused errors on a very small number of the “On Request” statements that were issued since 2017. Hinkle said the statements displayed the correct estimated benefit amounts but the mistakes were made when the projected benefits were applied to incorrect ages at which the person would receive them.

Mystery shopper scam: Job could swindle you out of thousands

Facing a layoff?: Here’s how to handle your money

Even so, it’s a pretty important number as you plan your retirement. Do you want an estimate that’s off by hundreds of dollars a month?

If you have average earnings, according to the federal government, Social Security replaces 40% of income in retirement. The percentage is lower for people in the upper income brackets and higher for people with low incomes.

And frankly, we likely wouldn’t even know about this mess if it weren’t for a Social Security gadfly  who rang the alarm bells.

How the errors came to be known

I first reached out to Social Security on July 5 to ask about reports that some statements did contain errors. My questions were triggered after I spoke with a well-known Social Security expert who had heard of an isolated problem. I didn’t get an answer from Social Security until early August.

Laurence Kotlikoff, professor of economics  at Boston University, wrote in a June 25 column in Forbes: “I’ve learned that Social Security is providing benefit statements that are flat out incorrect.”

Kotlikoff had heard one story from a Connecticut financial planner who was looking at a truly bizarre statement from a client. Some even wondered if that statement might be fake because it was just so amazingly off the mark.

The figure for claiming at age 62, for example, was nearly as good as the dollar amount you’d get for waiting to claim at full retirement age — which was age 66 and four months in this person’s case. It doesn’t work that way.

Kotlikoff discovered a problem when a financial planner shared a story of a client who would only see a gain of $24 a month by waiting four years until the full retirement age of age 66 and four months, compared to taking a payment at age 62.

With those kind of numbers — which are clearly wrong — why bother waiting beyond age 62 to a few months past 66?

In his Forbes piece, Kotlikoff said: “The statement lists estimated retirement benefits at the client’s full retirement age (FRA) of 66 and four months at $1,061.”

That figure, he said, was on the money.

But he said the client’s retirement benefit at age 62 could not be 97.7% of the amount offered at the full retirement age, he said.

“There’s no way that the age-66 benefit should be 29.3% larger than the benefit would be if taken four months later at the client’s full retirement age,” he said.

“Social Security has pulled lots of whoppers over the years,” said Kotlikoff, a longtime critic.

“But this one is truly beyond belief. It clearly entails someone either internal or operating remotely introducing massive mistakes to the system’s software code — code that has been working for years. The worst-case scenario is that this is the work of some foreign adversary,” Kotlikoff charged in his Forbes column.

Was this a one-time problem? A broad issue that impacted all statements? We simply didn’t know. I reached out to some financial planners in metro Detroit, as well as the AARP and others who had not heard of widespread mistakes.

Now, we have an answer from Social Security. Yes, thousands of statements were off.

“We were alerted that there might be a problem with some of the information on some statements,” Social Security said in its email.

“The agency looked into this issue and found that statements obtained through the ‘my Social Security’ portal, and those automatically mailed to workers age 60 and older, were not impacted. We did find that a very small portion of On Request paper statements contained inaccuracies,” the email said.

“We take our responsibility to provide the public with accurate information very seriously and regret any inaccurate statement, and we have fixed the program code for “On Request” paper statements.  We completed this fix in July.”

Social Security said the mistakes were isolated to On Request Statements that were requested by people who:

Consumers who received wrong estimates will be sent corrected information. Social Security said it had temporarily stopped issuing statements requested via Form 7004 as of late June. But the agency will resume sending On Request statements by mail now that the system has been fixed.

Kotlikoff — who received an email from Social Security about the mistakes in early August — said he’s still trying to figure out how the mistakes ended up on the statements.

“I don’t understand how this happened because it’s a uniform report,” Kotlikoff said.

He noted that he never heard of different reporting systems — say getting an online statement vs. requesting a paper statement — offering different results for people.

To be sure, most people aren’t getting their statements via paper requests. Even so, you want to realize that mistakes can happen and pay attention along the way.

What are some good practices when it comes to Social Security?

Reviewing online may save you hassles

You want to set up one of those accounts even long before you plan to retire, said Joel Eskovitz, senior policy advisor for the AARP Public Policy Institute.

The online account allows you to receive personalized estimates of future benefits based on your real earnings, see your latest statement, and review your earnings history.

Eskovitz said you want to make sure that you check your earnings history regularly while you’re working so that you can correct any mistakes early in the process.

The last thing you want to do when you’re trying to claim Social Security benefits is go back 20 years to try to fix a mistake in your earnings report, he said.

Try out some Social Security calculators

AARP, for example, has its own resource center at www.aarp.org/SocialSecurity.

The Social Security Administration has an online retirement estimator. Remember, the amount you receive will vary from estimates for a variety of factors including the fact that your earnings could increase or decrease in the future.

Another online product called Maximize My Social Security, which is marketed by Kotlikoff, costs $40 a year for households. The website also offers a way to ask questions about Social Security called “Ask Larry.” The site also lists some questions and answers given to other consumers.

The Federal Trade Commission has seen a dramatic increase in reports from consumers that fraudsters are calling to say their Social Security numbers are connected to a crime and their bank accounts will be frozen or seized.

The FTC received more than 72,000 reports year to date from Jan. 1 through June 30 from consumers about Social Security scams. The reported losses from these scams hit $16.9 million. The trend has accelerated in the first few months of 2019, according to an FTC alert. The median loss: $1,295.

Of those consumers who reported a Social Security impostor scam to the FTC, 3.9% reported losing money as of June 30, 2019.

The call might even look like it’s from Social Security on your caller ID. Don’t fall for it.

If you receive a suspicious call, you may report that information to Social Security online at oig.ssa.gov/report or call the Social Security fraud hotline at 800-269-0271. The FTC also has a new site specifically for Social Security-related scams at identitytheft.gov/ssa where you can find tips and report complaints.

Wendy’s spicy chicken nuggets are back, thanks to Chance the Rapper
Economic output of these 23 metro areas account for half US GDP
To Top
error: Content is protected !!
Top