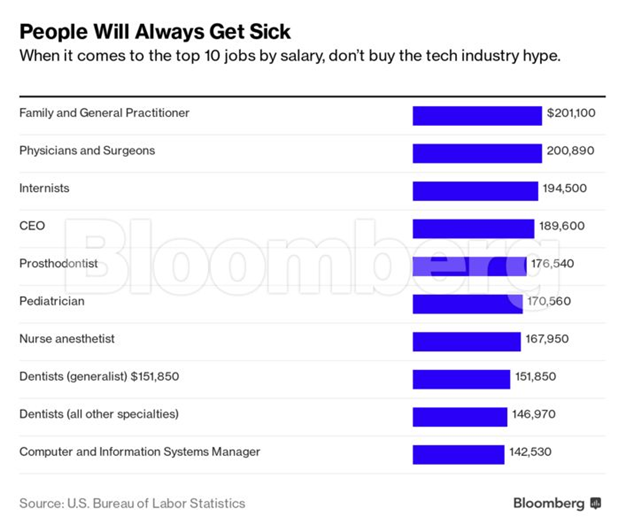 Tech jobs are supposed to be the golden door to wealth in 21st century America.

But Bloomberg’s Work Wise – our special report on how young professionals can get ahead, make money and give back – reveals that some things haven’t changed since the last century. Remember when your mother told you to be a doctor?  She was right.

Four of the top five paying jobs in the US are within the world of medicine and dentistry, according to the US Bureau of Labour Statistics.

As for lawyers, the industry’s consolidation as law schools kept minting graduates has taken its toll. Being an attorney in America these days puts you at No. 24 on the list, with a median annual salary of $120 910, wedged between physicists and purchasing managers.

Wondering who really gets the short end of the stick? Well, you may want to give your dealer a few more chips the next time you hit Atlantic City. Also, try not to stiff your waiter the next time you eat out. Both jobs have two of the lowest median annual salaries, according to the BLS. 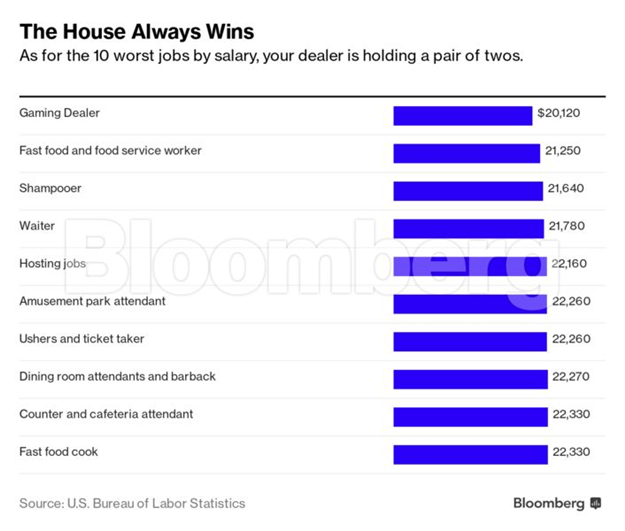 If you’re not happy about how much money you make, and are thinking of borrowing tens of thousands of dollars to get a master’s degree, you may want to check whether it’s worth it. College professors, predictably, benefit financially from that advanced degree, but then again, so does tech support.