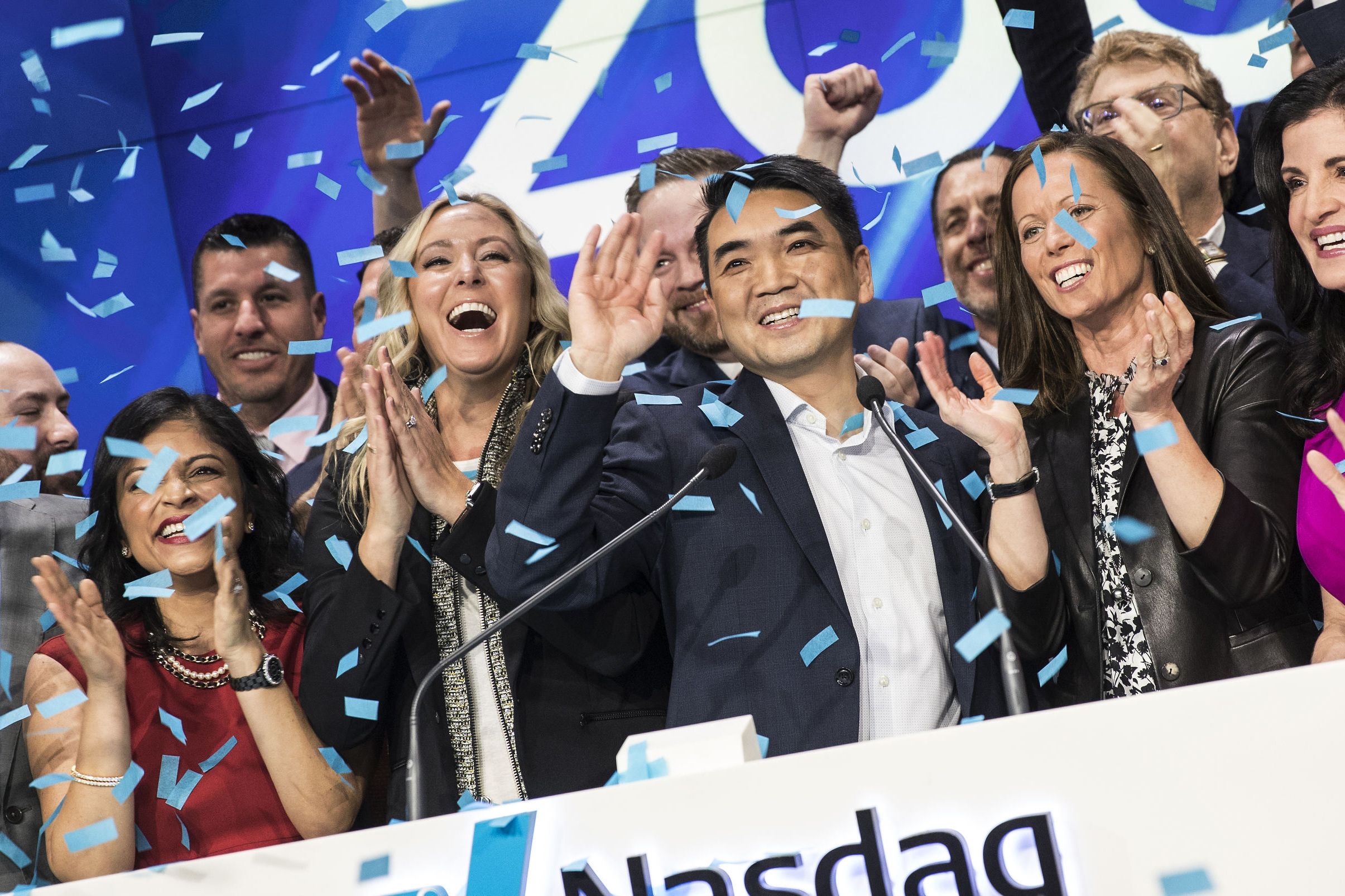 Zoom stock soared 18.4% Friday after beating revenue estimates in its first quarterly earnings report since its IPO and guiding well above analyst expectations for its full fiscal year. The rally added $3.7 billion to its market cap, which now sits at $24.1 billion.

Zoom reported revenue of $122 million for its first quarter of 2020, while analysts surveyed by Refinitiv were expecting $111.7 million. It said it expects earnings per share of 2 cents to 3 cents for the full fiscal year, excluding items, with revenue between $535 million and $540 million. Analysts had been expecting a loss of 3 cents per share, excluding items, and revenue of $520.3 million, according to Refinitiv.

“Crank those models up,” Stifel analysts wrote in a note following the report, saying Zoom’s high guidance “reflects strong ongoing momentum for the business, while continuing to take a very conservative approach around the recent launch of Zoom Phone by not including any material impact for the year in the outlook.” The firm has a hold rating on the stock, reflecting “valuation concerns,” but raised its price target to $80 per share to reflect higher estimates.

KeyBanc Capital Markets maintained a sector weight rating on the stock, saying it believes shares are fully valued. The firm raised its revenue estimates for the full fiscal year and placed a price target of $79.43 on the stock.

“Bulls will point to both record customer adds as well as strong [Average Revenue Per User] ARPU expansion (6% y/y to $8.93K) to show that Zoom is becoming increasingly relevant to both new and existing customers,” KeyBanc analysts wrote in a note following the report. “Bears will point to the slowing existing customer expansion (36% vs. 56% in FY19) and argue the installed base spend is reaching saturation if Zoom Phone doesn’t ramp.”

Analysts still seem dazzled by Zoom’s metrics. The company stood out from the rest of its tech IPO class in achieving profitability before going public in April. That helped the stock soar 72% on its first day of trading.

JMP analysts raved in their post-earnings analysis that Zoom has “some of the best financial metrics we have seen in the software world.”

Is this pogo stick rental app for real? Does it even matter?
Former Facebook Messenger exec likes start-ups with AI, messaging
To Top
error: Content is protected !!
Top