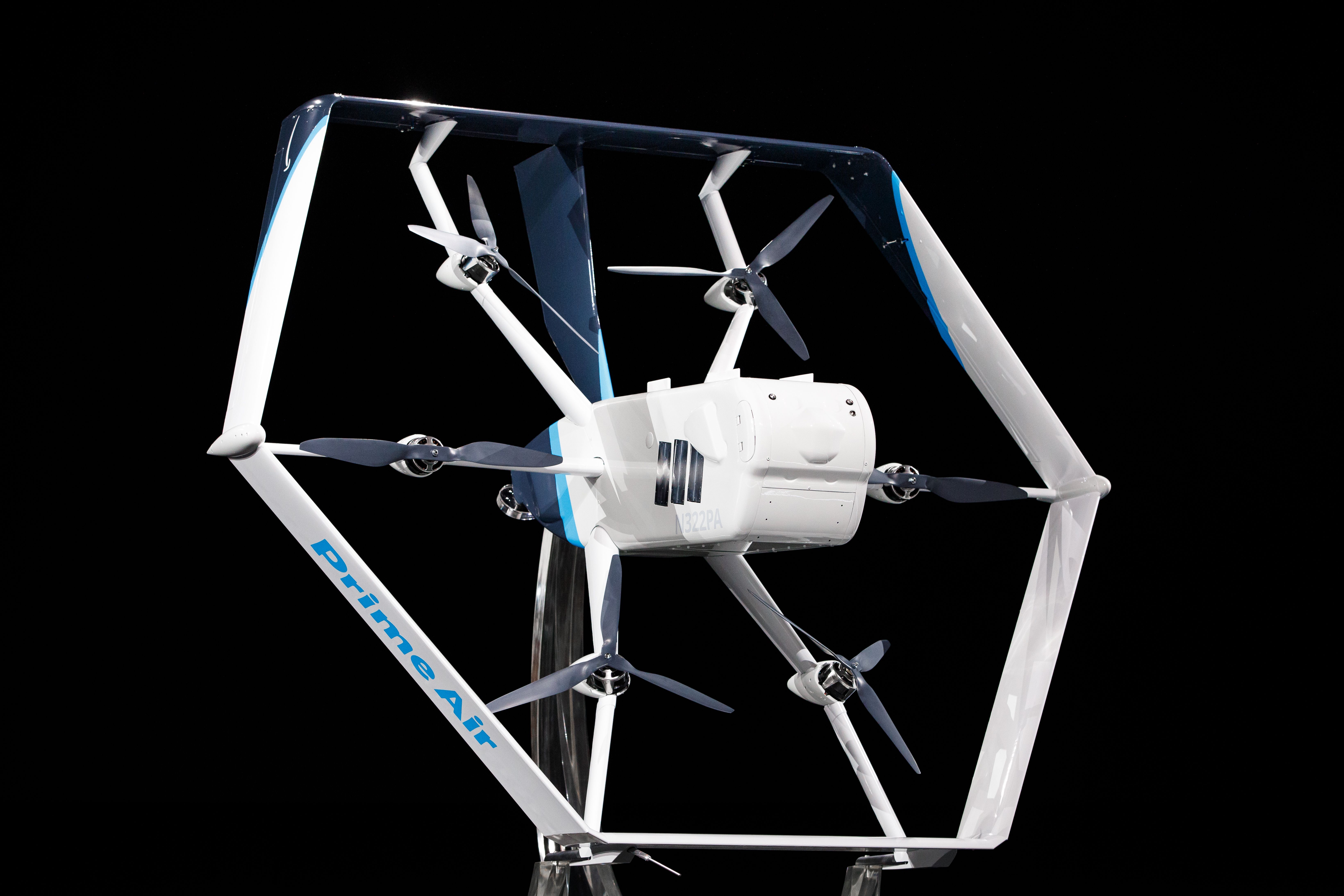 Amazon unveiled its latest delivery drone at the re:MARS conference in Las Vegas on June 5, 2019.

Amazon debuted its newest delivery drone at its re:MARS conference in Las Vegas on Wednesday.

The delivery vehicle is part of a push inside Amazon to speed up its delivery times for Prime members. It’s just begun to roll out free one-day shipping to Prime members in North America. The company said in a blog post it believes autonomous drones can help it reduce shipping times.

Jeff Wilke, CEO of the company’s worldwide consumer division, revealed on-stage at the conference that Amazon has created a new, electric delivery drone that should be used “within months” to deliver packages to customers. The drones can carry packages under 5 lbs. to customers within a half-hour and can fly up to 15 miles, according to Wilke.

He also explained that the company is investing heavily in artificial intelligence to help drones navigate safely to their destinations, and drop off packages safely. Detecting telephone wires, people, property and even small animals on the ground all require careful sensing and collision avoidance systems.

The drone reveal followed an earlier presentation by Brad Porter, vice president of Amazon Robotics, on Pegasus and Xanthus drive robots. Amazon is now using these robots to sort and move packages and inventory within warehouses and delivery centers.

Wilke and Porter said that since 2012, Amazon has deployed over 200,000 robotic drive units in its operations (creating at least 300,000 jobs in that same time).

Porter said, “We sort billions of packages a year. The question is, how do you do it quickly and accurately?” Given the company’s offer of Prime one-day deliveries, accuracy is tantamount to fulfilling promises to customers, he said. The new Pegasus robots have helped reduce mis-sorting of packages by more than 50% compared to the systems Amazon was using before, he said.

The drone is also part of Amazon’s plan to make half of its shipments net zero carbon by 2030, and eventually expand that commitment across all of its shipments, Amazon said in the blog post. The electric drone can be charged in a sustainable way and is more energy efficient that delivering packages in a car, the company said.