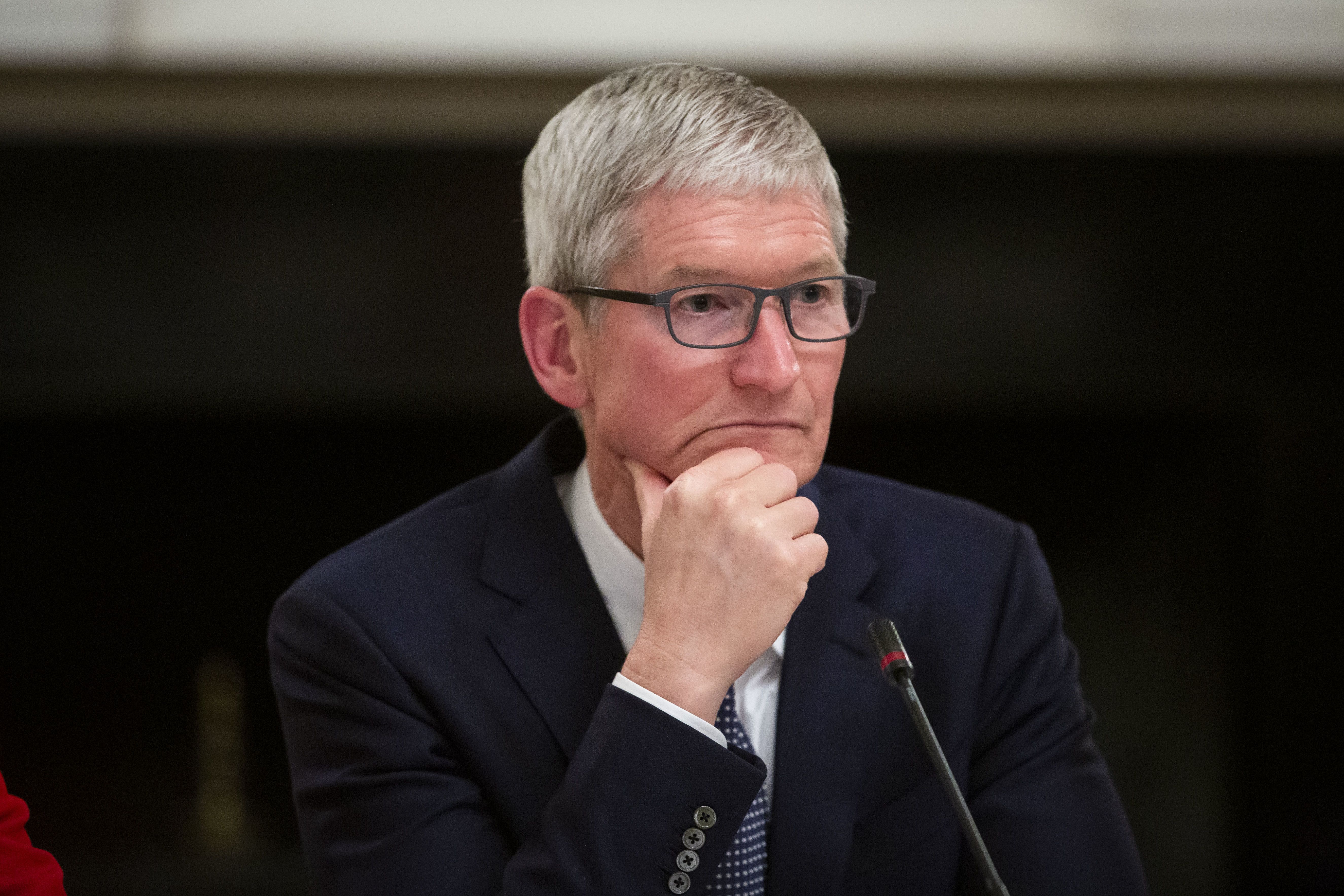 Tim Cook, chief executive officer of Apple Inc., listens during an American Workforce Policy Advisory board meeting with U.S. President Donald Trump, not pictured, in the State Dining Room of the White House in Washington, D.C., U.S., on Wednesday, March 6, 2019.

Apple is being sued by developers who claim it uses its “abusive monopoly” power to force them to pay a high commission rate for sales of apps through the App Store.

The lawsuit, filed Tuesday, comes as Apple and other big tech companies like Google and Facebook face mounting antitrust scrutiny, including a potential probe from the U.S. Department of Justice, according to Reuters. The Supreme Court recently ruled that consumers could bring a different lawsuit that argues the company inflates the price of iPhone software by taking a 30% commission on app sales.

In the new class-action complaint filed in the San Jose Division of the U.S. District Court for the Northern District of California, the developers complain they have “no choice” but to sell their apps on Apple’s App Store.

“[F]rom the outset, Apple attained monopoly power in the U.S. market for iOS app and in-app-product distribution services by slamming the door shut on any and all potential competitors. And it has barred the door ever since,” the complaint said.

The plaintiffs, iOS developers Donald R. Cameron and Pure Sweat Basketball Inc., said in the lawsuit that the 30% commission Apple takes on sales of paid apps and in-app products is “supra-competitive” and that developers have no choice but to pay the $99 annual developer fee to sell in Apple’s marketplace.

The argument is similar to that of Spotify, which has filed its own complaint against Apple with European Union antitrust regulators. Spotify has accused Apple of anti-competitive behavior through the use of its commission fees, which it says helps favor Apple’s own music streaming service over rivals’.

In response to a request for comment, Apple pointed to the new website it launched touting the App Store’s openness to competition. On the site, Apple calls the App Store, “A store that welcomes competition,” and gives examples of several apps and services that compete with its own.