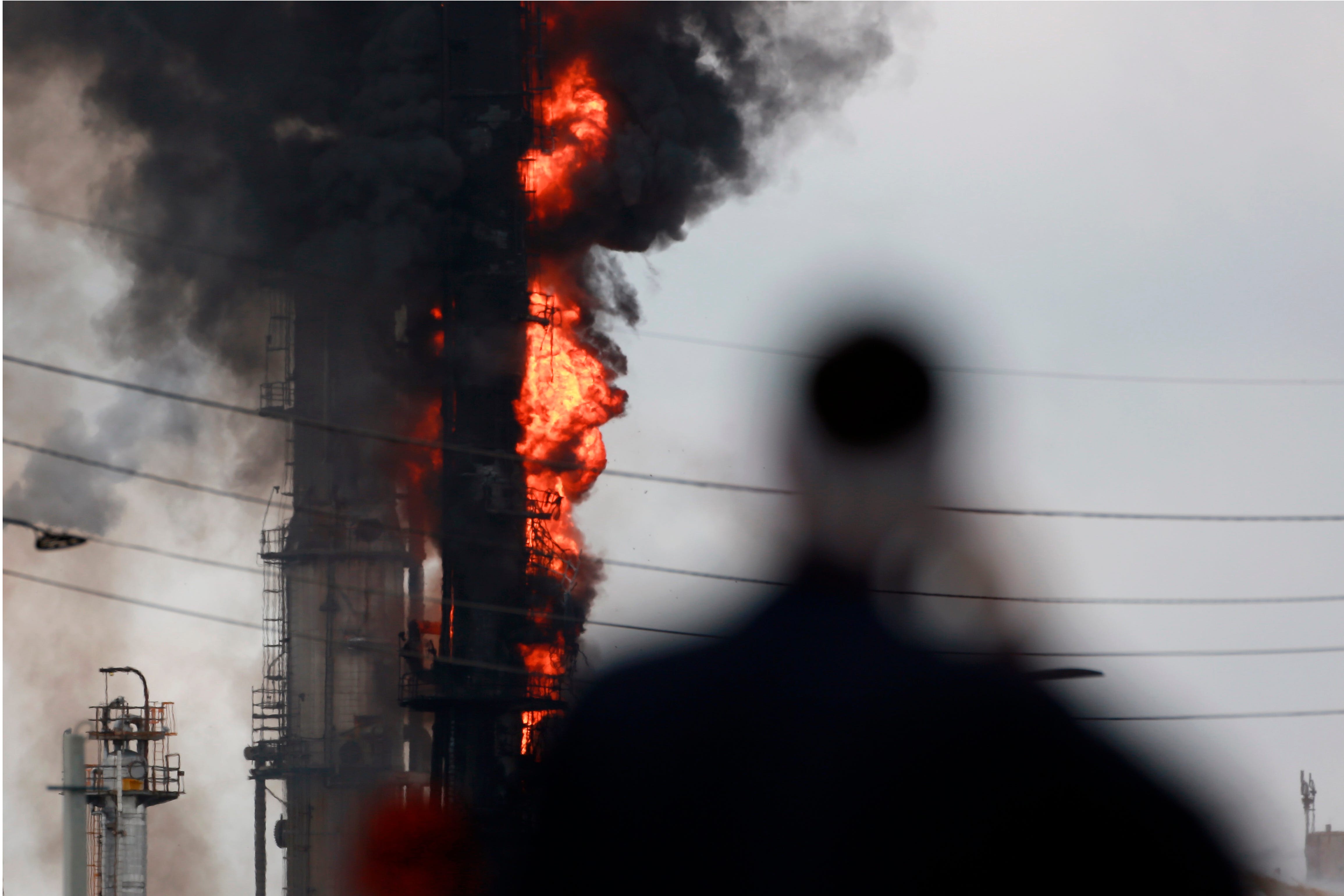 HOUSTON – An explosion and fire at an Exxon Mobil oil refinery in Texas on Wednesday left 37 people with minor injuries, in the latest of a series of petrochemical industry blazes this year in the Houston area.

The fire began after an explosion at approximately 11:07 a.m. at an Exxon Mobil plant in Baytown, about 25 miles east of Houston. The facility processes light hydrocarbons including propane and propylene, materials used to make plastic and industrial products.

Jason Duncan, the plant manager, said many of those hurt suffered minor burns and all were being treated at a local clinic. Earlier, Exxon Mobil had said in a statement that six people were injured. All employees at the plant had been accounted for, officials said.

Right after the explosion, the fire sent large plumes of black smoke into the sky. By Wednesday afternoon, the smoke had lessened. Duncan said the fire had been isolated and contained but had not yet been extinguished.

“It is our number one priority to protect the people in the community and the people that work for us,” Duncan said.

1 dead: Newborn twins were abandoned outside of a California strip mall

The city of Baytown issued a shelter in place for residents living west of the plant shortly after the fire. It remained in place for about three hours before being lifted Wednesday afternoon.

The cause of the explosion and fire was still being investigated, Duncan said.

Exxon Mobil, as well as officials with Baytown and Harris County, had conducted air quality monitoring of the plant and surrounding area but had not found anything to raise any health concerns.

Wednesday’s fire is the latest at a Houston-area petrochemical facility this year, including one at another facility on the Exxon Mobil Baytown complex.

On March 16, a fire erupted at a refinery at the complex. The fire was extinguished hours later, but Harris County officials say it continued to release toxic pollutants for eight more days. The county has sued Exxon Mobil, accusing the company of violating the federal Clean Air Act.

Also in March, a fire burned for days at a petrochemical storage facility owned by Intercontinental Terminals Company in nearby Deer Park and caused chemicals to flow into a nearby waterway. After the fire, the Harris County District Attorney’s Office filed water pollution charges against ITC.

In April, one worker died after a tank holding a flammable chemical caught fire at a plant operated by KMCO LLC in nearby Crosby. 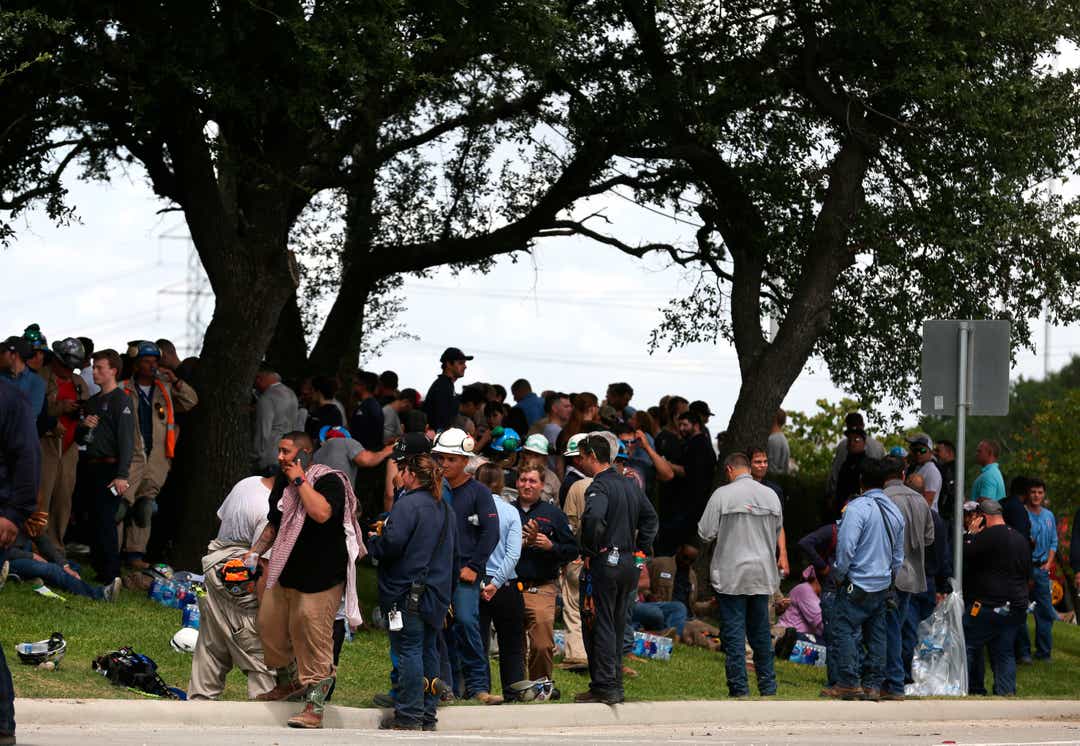 Prior to Wednesday’s fire, Harris County had conducted an analysis of how local officials and agencies respond to such incidents in the wake of the petrochemical complex fires from earlier this year, said Harris County Judge Lina Hidalgo.

Some of the steps the county is taking as a result of this analysis include asking for more air monitors, improving how the public is informed about such incidents and improving communication between agencies that respond to such incidents. Hidalgo said the county fire marshal’s office is also working to increase its inspections of area petrochemical facilities.

“It’s not right for us to live next to a petrochemical complex and live in fear sometimes. So we have to improve on the situation and we are doing so,” said Hidalgo, who is the top administrator in Harris County, where Houston is located.

Cracking down: TV network titans sue Locast, a service that streams for free

The plant in Wednesday’s explosion and fire is part of the company’s 3,400-acre refinery complex in Baytown.

According to records kept by the Environmental Protection Agency, the plant had 68 tons of ethylene on site in 2017. It also had large quantities of other potentially hazardous chemicals, including ammonia, benzene, and propylene.

The facility is one of eight plants that Exxon agreed to retrofit with anti-pollution technology in a settlement with the U.S. government. The company also agreed to pay $2.5 million in fines to federal and state authorities after being accused of violating the Clean Air Act with industrial flares from its factories.