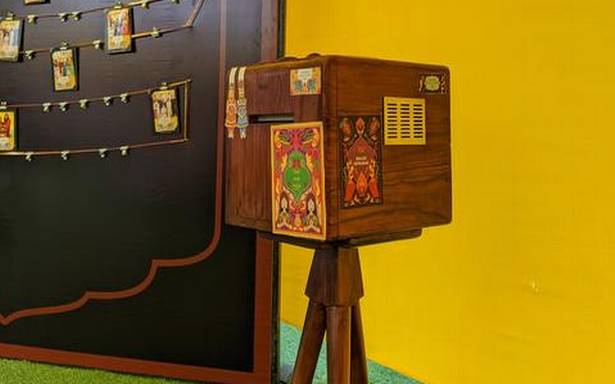 Imagine a cute little box that allows you to print polaroids via WhatsApp pictures to your heart’s content. That’s what Neha Shah and the team at People of Prints (formerly Recapture) wanted to create. This photo box studio was completed in February, after months of development, assembling and testing. The system is secure, assures Neha. The 32-year-old heads a core team of six people, two of whom are in the technology vertical. “We took a regular printer, turned it into a smart printer and then connected it to our server, basically making it a self-printing machine. For example, if an event has a specific hashtag — like our first was with a wedding in Jaipur — the printer picks up the social media post with that hashtag and provides a print which is a fun souvenir. That’s when we realised how much people loved this concept.” People of Prints was then able to gauge that not everyone was comfortable with posting to social media but they still wanted a print, so they coded in a WhatsApp function. The Facebook-owned messaging service comes with end-to-end encryption so there can be no interference with the service nor can messages be intercepted.“Everyone naturally shares photos on WhatsApp so we wanted to add some convenience. This added layer of technology took two months to develop,” she points out, “So at a given event, people would hire the photo printer and have a dedicated WhatsApp number to it (which we would help set up) so only the attendants at the event would know this number. In the case that the event host wants their number linked to the printer, then for that given time, pictures sent to the host’s number will be automatically printed. Our system does not access your messages and other data as a policy.”

Neha Shah, founder of People of Prints (formerly Recapture), standing with artwork held up by the startup’s Magneto products

The startup also wanted to make an easy way for people to hang up their images. “We know that people tend to use tape which ruins the photographs/artwork and the walls, so we came up with Magneto, which are magnetic tapes one can place between the artwork and the wall without damaging anything while also retaining hold. These have been really popular.” Off the groundHow does PoP make a profit? “We try to make it as simple as possiblefor the clients,” she says, “as there are fixed costs and variable costs. With regards to just the photo booth experience with the printer, there are the costs of the setting up the printer, the packaging, as well as the print cost and the server costs because you will be using some bandwidth. We have a starting rate of ₹12,000 for three hours: using the printer and allows unlimited prints. We have seen a maximum of 700 prints come from a given event.” WhatsApp does compress images, but Neha assures the printing is high quality and true to real-time lighting which the smart printer ensures.

The WhatsApp-powered photo printer by People of Prints, Hyderabad

Neha agrees that the resurgence of photo prints over the lockdown is a part of people wanting to preserve happy memories. Plus, as people get bored with the same facades on their surrounding walls during these home-bound times, the need to switch it up becomes more prominent. She also sees the WhatsApp printer box being popular at weddings and other such parties where personal photos are appreciated. “Some people may want to avoid the ₹2 or 3 lakh photographer and may prefer this option,” she states.Neha is thrilled that PoP has teamed up with partners in other cities — Bengaluru, Mumbai and Chennai — to take this fun show on the road as lockdowns lift and it becomes safer to hold events. “We love that this adds convenience to people’s lives and a bit of colour too,” she concludes.Check out People of Prints’ official website, and their Instagram.