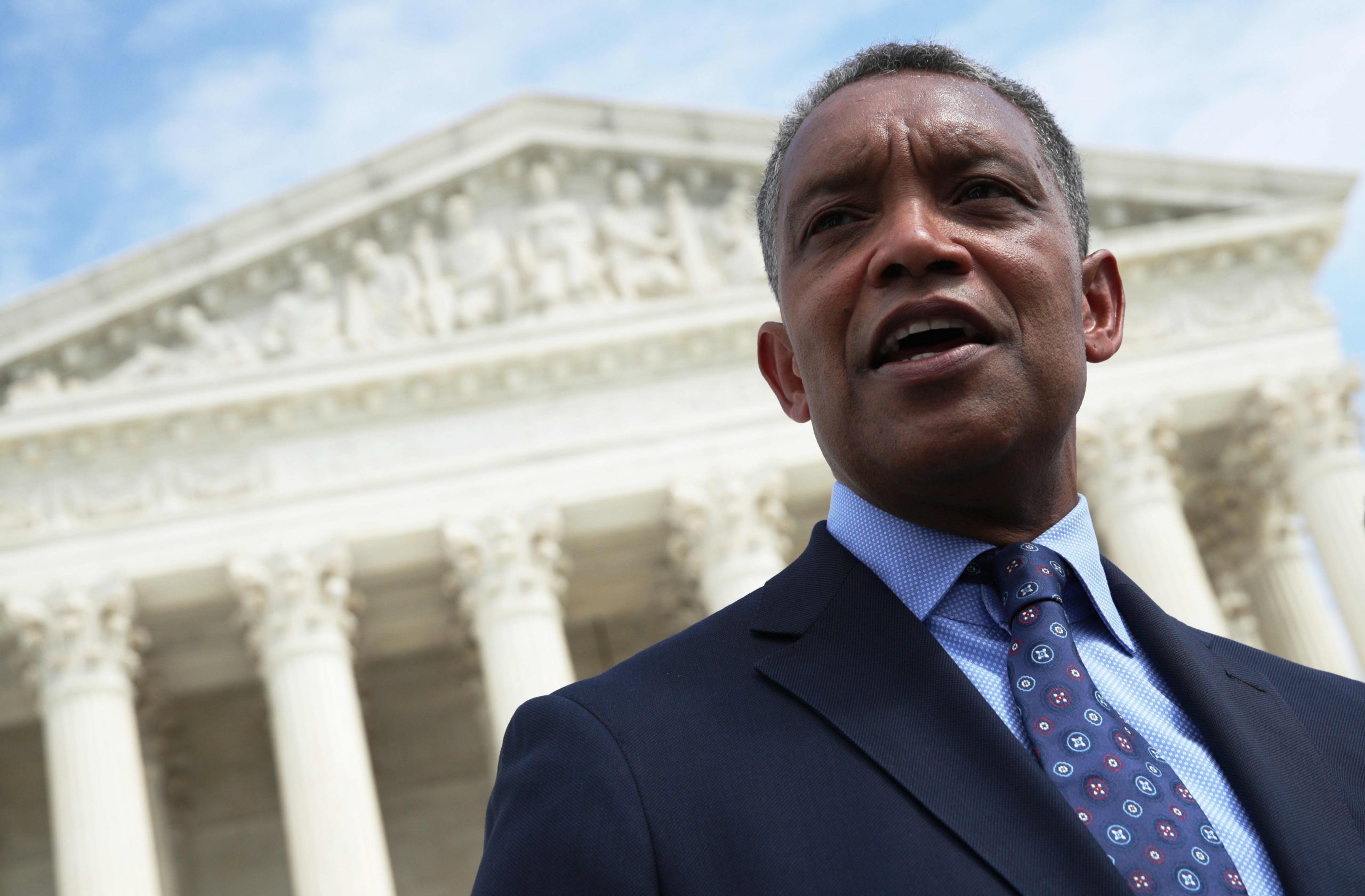 Washington, D.C., Attorney General Karl Racine announced Tuesday he’s suing Amazon on antitrust grounds, alleging the company’s practices have unfairly raised prices for consumers and suppressed innovation.Racine is seeking to end what he alleges is Amazon’s illegal use of price agreements to edge out competition; the lawsuit also asks for damages and penalties to deter similar conduct. The suit asks the court to stop what it calls Amazon’s ability to harm competition through a variety of remedies as needed, which could include structural relief, often referred to as a form of breakup.Shares of Amazon barely moved on the announcement, down 1% as of Tuesday afternoon.The lawsuit, filed in D.C. Superior Court, alleges Amazon illegally maintained monopoly power by using contract provisions to prevent third-party sellers on its platform from offering their products for lower prices on other platforms. The attorney general’s office claimed the contracts create “an artificially high price floor across the online retail marketplace,” according to a press release. The AG claimed these agreements ultimately harm both consumers and third-party sellers by reducing competition, innovation and choice.Amazon requires third-party sellers who want to do business on the online marketplace to abide by its business solutions agreement. Until 2019, Amazon included a clause in that document, referred to as a “price parity provision,” which prohibited sellers from offering their products on a competitor’s online marketplace at a lower price than what their products sold for on Amazon. Amazon quietly removed that provision in March 2019 amid growing antitrust scrutiny.According to the complaint, even after Amazon removed the pricing parity provision from its agreement with third-party sellers, it added a nearly identical clause, referred to as its “fair pricing policy.” The fair pricing policy enables Amazon to “impose sanctions” on a seller that offers their product for a lower price on a competing online marketplace.In an interview Tuesday on CNBC’s “The Exchange,” Racine said Amazon pulled a “bait and switch” with the pricing clauses in response to pressure from Congress.An Amazon spokesperson said Tuesday in a statement: “The DC Attorney General has it exactly backwards — sellers set their own prices for the products they offer in our store. Amazon takes pride in the fact that we offer low prices across the broadest selection, and like any store we reserve the right not to highlight offers to customers that are not priced competitively. The relief the AG seeks would force Amazon to feature higher prices to customers, oddly going against core objectives of antitrust law.”Amazon’s pricing agreements were also a topic of scrutiny in the House Judiciary subcommittee on antitrust’s sweeping 400-plus-page report, issued last fall. Lawmakers agreed that Amazon uses its dominant position in e-commerce as leverage with third-party sellers to require they adhere to “most favored nation” clauses.Racine said his lawsuit zeroes in on the MFN clauses because he saw them as “a clear policy that results in higher prices to third-party sellers.””We know that those clauses are disfavored in law, particularly when a company like Amazon has monopoly power,” Racine said. “And we know that in the past, Amazon has been criticized for those types of clauses.”The lawsuit comes months after federal and state enforcers filed antitrust lawsuits against Google and Facebook.Both of those lawsuits involved large coalitions of states banding together, but Tuesday’s action comes from Racine’s office alone.Racine said on a call with reporters Tuesday that the MFN topic was one he felt his office could take on on its own. It’s common for states to work together or with federal enforcers on antitrust claims, especially on those involving well-resourced companies, due to the sheer amount of work involved in bringing such suits. But Racine said the MFN issue is “sufficiently discrete” that his office could take it on alone.Still, he didn’t rule out the possibility of other states or federal enforcers getting involved, saying it’s common for others to join or bring their own claims once one state files a lawsuit. But he did not indicate any knowledge of such plans.Amazon’s third-party marketplace, made up of millions of merchants, has become a critical part of Amazon’s e-commerce business. The marketplace now accounts for more than half of Amazon’s overall sales.Subscribe to CNBC on YouTube.WATCH: How US antitrust law works, and what it means for Big Tech

Time to get paid: Patreon CEO says creators have ‘incredible leverage’ they haven’t had in many years
Clubhouse has ‘millions more on waitlist’ after Android launch: CEO
To Top
error: Content is protected !!
Top