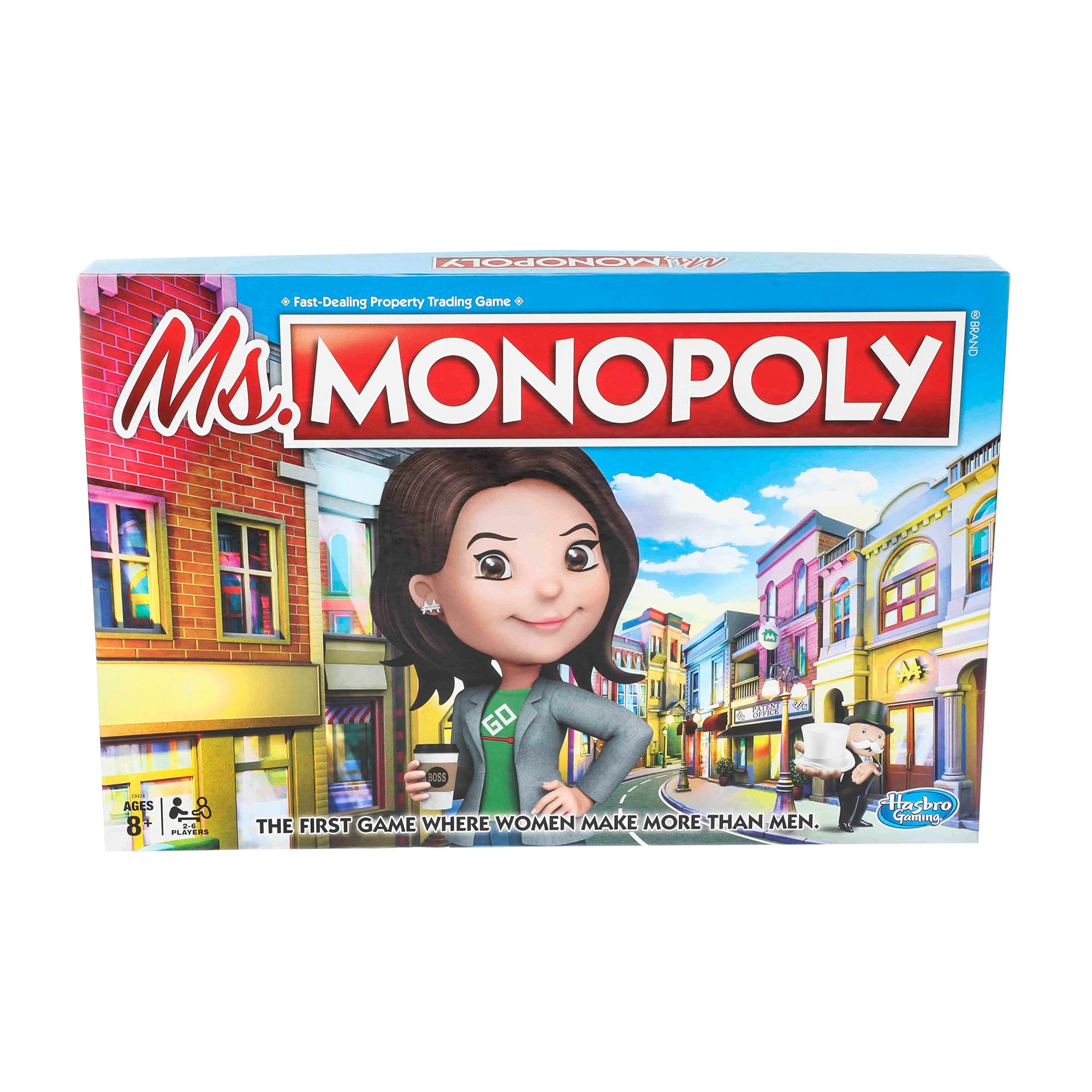 The gender pay gap comes down to changing the rules of the game.

That’s exactly what Ms. Monopoly brings to the table.

Hasbro is launching a new version of the iconic board game that celebrates female trailblazers and is the first “where women make more than men,” officials shared exclusively with USA TODAY.

The new game – which includes several modern updates including rideshares instead of railroads and Wi-Fi instead of water works – goes on sale this month at major national retailers for a suggested price of $19.99. The game is available for pre-order at Walmart.com.

Jen Boswinkel, senior director of global brand strategy and marketing for Hasbro Gaming, said the game is designed for today’s kids and highlights a subject they may not know about yet.

“With all of the things surrounding female empowerment, it felt right to bring this to Monopoly in a fresh new way,” Boswinkel said. “It’s giving the topic some relevancy to everyone playing it that everybody gets a turn, and this time women get an advantage at the start.”

Get ready to be rewarded: Target’s loyalty program is expanding nationwide in October with perks for all shoppers

The debate over equal pay starts before shuffling the cards, choosing a token and rolling the dice.

The banker doles out $1,900 in Monopoly Money to each female player and $1,500 to each male. The gap continues every time a player passes go with women collecting $240 and men $200.

Instead of investing in real estate properties like the classic game, players invest in inventions and innovations made by women, including chocolate chip cookies, bulletproof vests, solar heating and ladies’ modern shapewear.

“We made sure that this felt authentic and was a fun game families could play and learn about these things that they love and are a part of their life that they didn’t know were invented by women,” Boswinkel said.

Other updates to the game include new tokens including a white hat, a watch, a barbell, a glass and a jet plane.

While the white hat might conjure up thoughts of Olivia Pope from Scandal, Boswinkel said it’s to symbolize Mr. Monopoly passing his top hat to his niece. The watch is to symbolize that it’s “about time for some changes,” she added.

Families can choose to give everyone the same amount if they choose, Boswinkel said. It’s also possible that a boy wins the game.

“It’s a way that families can talk about what is happening around them and it’s an easy way to explain to their kids, boys or girls, what has maybe happened to them over the years and what they’ve been experiencing,” Boswinkel said.

To celebrate the new game, Hasbro surprised three young female inventors with $20,580 in real – not Monopoly – money: 13-year-old Gitanjali Rao, of Denver and Sophia Wang from Connecticut and Ava Canney from Ireland, both 16.

A high school freshman, Rao has created a few inventions including the Tethys, a device that detects lead in drinking water.

“There are so many big things that most people think are created by men, but they’re actually created by women,” said Rao, who was included on Forbes’ 2019 30 under 30 list for science. “It really expanded my knowledge and was so empowering to me.”

An avid Monopoly player, Rao also said she was “appalled” to learn more about the gender pay gap.

“I never put the dots together and realized it was that much of a gap,” she said. “I think it’s super important to talk about equal pay and that there’s no such thing as boys’ subjects and girls’ subjects.”

The economy is why SA banks need quick Eskom fix

ANALYSIS: The outlier economics of the Freedom Front Plus