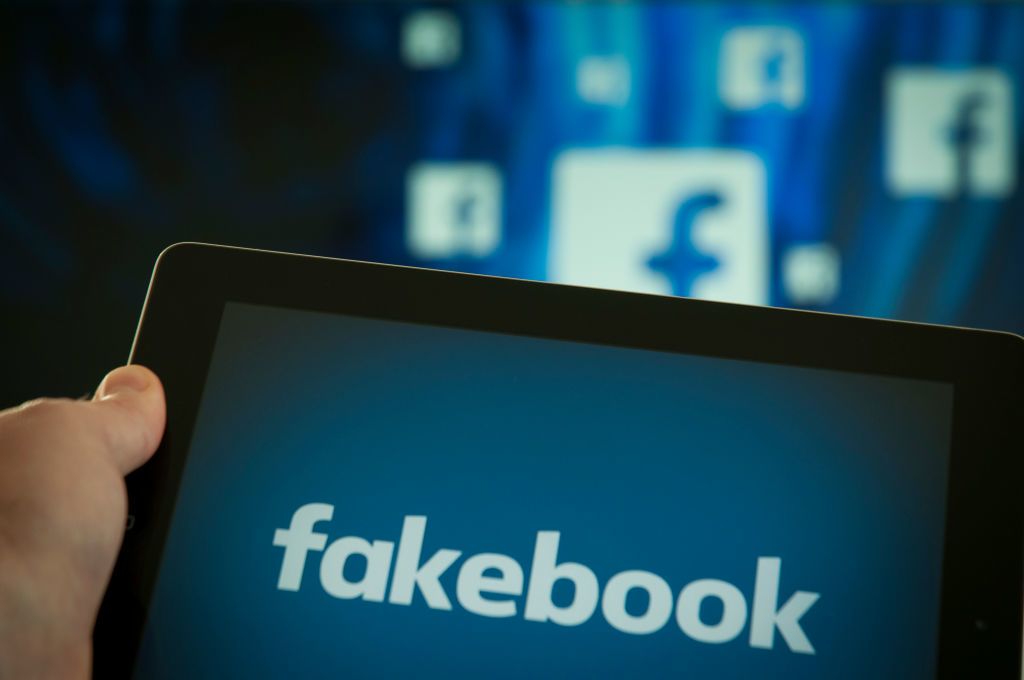 A tablet with the word fakebook is seen in this photo illustration on October 6, 2017.

Misleading news stories from doubtful sources drew in as much engagement on Facebook as articles from legitimate sources in the run up to European elections, according to a study from Oxford University.

The findings, published Tuesday by the Oxford Internet Institute, said individual so-called “junk news” stories got up to four times as many shares, likes and comments as content from reputable sources.

Junk news was defined by the institute as articles from outlets that publish “deliberately misleading, deceptive or incorrect information,” typically with an ideological slant.

“On Facebook, junk news outlets tended to receive more engagement per story, but are seen, shared, and liked by far less people overall,” academics at the university wrote in a research paper.

“Most viral junk news stories in our data set revolved around controversial political issues such as immigration and security rather than focusing directly on European politics.”

On Twitter, by contrast, researchers said junk news appeared much less prevalent, with less than 4% of news content shared on the microblogging site coming from less trustworthy sources. In Poland, however, the level of junk news in circulation was higher at 21%.

Oxford researchers say they monitored almost 600,000 tweets related to upcoming European Parliament elections for the study, across a two-week period ending April 20. They also observed Facebook interactions with 70 junks news and mainstream news outlets between April 5 and May 5.

Notably, almost none of the dubious news discovered in their study came from Russian sources, the researchers said.

The findings could add to concerns around the potential impact of online misinformation on upcoming European elections. Voters in the European Union are set to cast their votes to decide the makeup of the next European Parliament from April 23 – 26.

Social media platforms like Facebook and Twitter have ramped up efforts to counter misinformation in the wake of the 2016 U.S. presidential election and others votes, which were clouded by claims of Russian interference.

Facebook for example recently set up an operations room in Dublin to monitor online disinformation and election interference, similar to the widely publicized “war room ” it established ahead of U.S. midterm elections last year.

Twitter meanwhile publishes biannual transparency reports to show how its tackling attempts to manipulate the platform.

Such online content sharing services have faced heightened regulatory scrutiny, not only over the sharing of fake news and toxic content, but data privacy as well.

The European Union for instance last year introduced sweeping new privacy reforms known as the General Data Protection Regulation, or GDPR, which gave sweeping new powers to individuals in how they can control their data.

GDPR arrived after reports emerged of the leak of Facebook user data to the controversial political consultancy firm Cambridge Analytica.