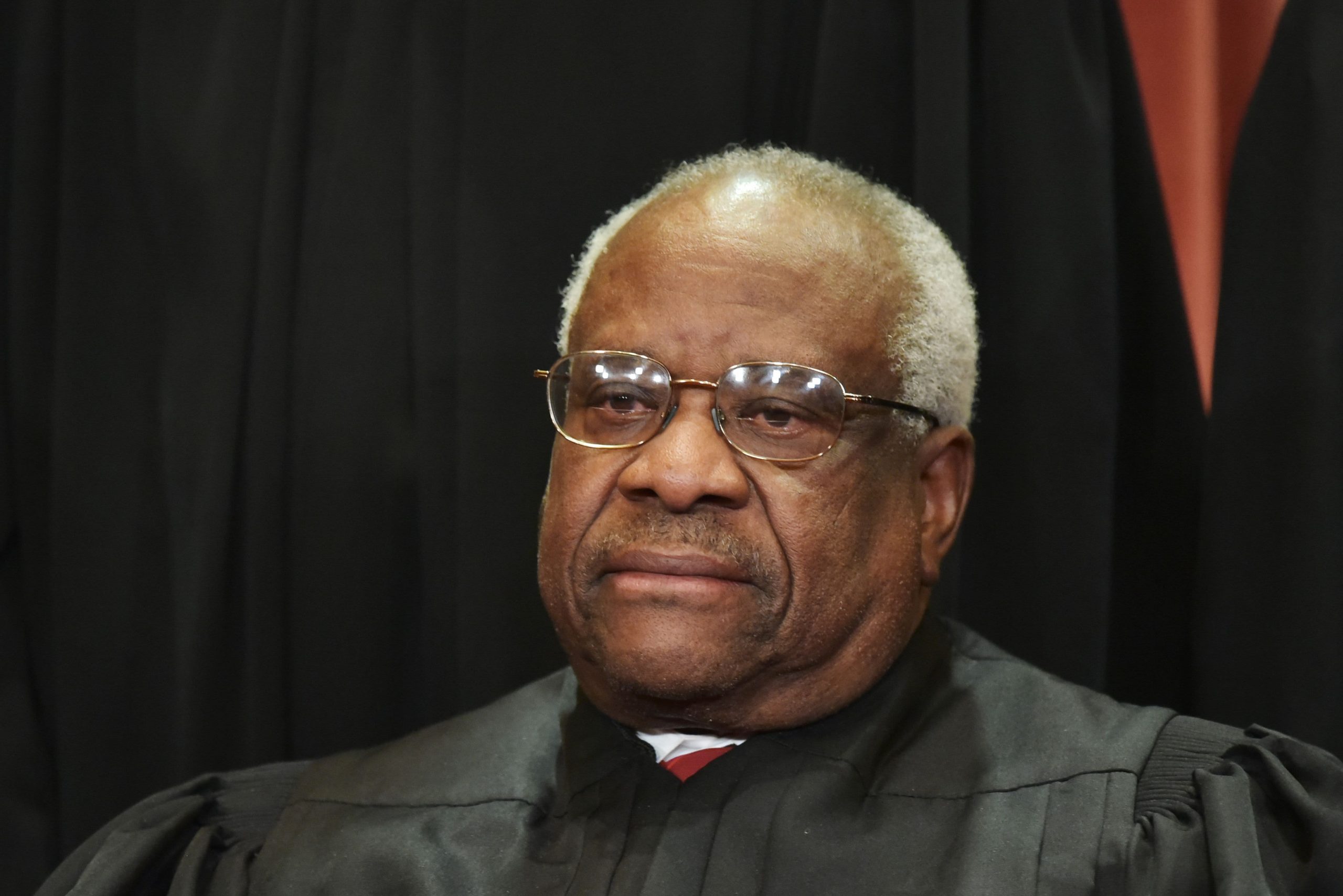 Associate Justice Clarence Thomas poses for the official group photo at the US Supreme Court in Washington, DC on November 30, 2018.Mandel Ngan | AFP | Getty ImagesJustice Clarence Thomas suggested Monday that tech platforms could be regulated like utilities in what would be a major shift for services such as Facebook, Google and Twitter.Thomas, one of the Supreme Court’s most conservative voices, made his point in a concurrence submitted alongside a decision to vacate a lower court’s ruling involving former President Donald Trump’s Twitter account.”There is a fair argument that some digital platforms are sufficiently akin to common carriers or places of accommodation to be regulated in this manner,” Thomas wrote.Regulating online platforms like utilities would require fundamental changes to how tech platforms operate. Depending on the specific contours of such regulation, social media sites could be forced to alter or do away with many of the moderation standards they use to keep harassment, hate speech and nudity off their platforms. That’s the opposite of what many Democrats have been fighting for, which is more liability for platforms that host certain types of objectionable or illegal content.Twitter and TrumpThe decision erased a federal appeals court ruling that Trump had violated the Constitution by blocking his critics from his Twitter account. The lower court had said Trump’s move effectively excluded citizens from viewing a public forum, in violation of their First Amendment rights.The Supreme Court ordered the lower court to dismiss the case as moot now that Trump is no longer president. The action prevents the federal appeals court decision from serving as precedent for future cases.Thomas’ concurrence signals the justice would be open to arguments that could require a fundamental change to how tech platforms function.While he agreed that Trump’s Twitter account did “resemble a constitutionally protected public forum” in some respects, “it seems rather odd to say that something is a government forum when a private company has unrestricted authority to do away with it,” he said, referencing Twitter’s decision to remove Trump’s account from the platform following the Jan. 6 insurrection at the U.S. Capitol.”Any control Mr. Trump exercised over the account greatly paled in comparison to Twitter’s authority, dictated in its terms of service, to remove the account ‘at any time for any or no reason,'” Thomas wrote.Thomas said the solution to the unprecedented issues presented by the tech platforms could lie “in doctrines that limit the right of a private company to exclude.”It’s not the first time he’s indicated openness to the idea of upending the status quo of tech regulation.In an October filing, Thomas wrote that it “behooves” the court to determine the “correct interpretation” of Section 230, the law that protects tech platforms from being held liable for their users’ posts or for how they choose to moderate and remove content. Thomas suggested the law had been too widely interpreted and that there is reason to reconsider its application.Trump’s Federal Communications Commission chair pointed to Thomas’ statement in his decision to move to “clarify” the law, but that did not happen before the administration changed hands. Democrats hold a far different view on how the law should be revised, though they too are seeking changes.Thomas’ concurrence Monday was the only one submitted alongside the action, which did not include an explanation from the majority. That could be an indication that Thomas’ colleagues don’t share his reasoning, especially since Thomas is known for holding views that deviate from the rest of the court.Thomas also discussed in his statement the vast reach of several large tech platforms over the flow of information and even books. He argued it doesn’t necessarily matter if platforms like Amazon, Facebook and Twitter are not the only means to distribute speech, so long as their relative power to do so is unmatched.”A person always could choose to avoid the toll bridge or train and instead swim the Charles River or hike the Oregon Trail,” he wrote. “But in assessing whether a company exercises substantial market power, what matters is whether the alternatives are comparable. For many of today’s digital platforms, nothing is.”Subscribe to CNBC on YouTube.WATCH: The big, messy business of content moderation on Facebook, Twitter, YouTube

Facebook will let users control more of what they see rather than forcing them to rely on algorithms
Singapore has a ‘constructive relationship’ with Big Tech, minister says
To Top
error: Content is protected !!
Top