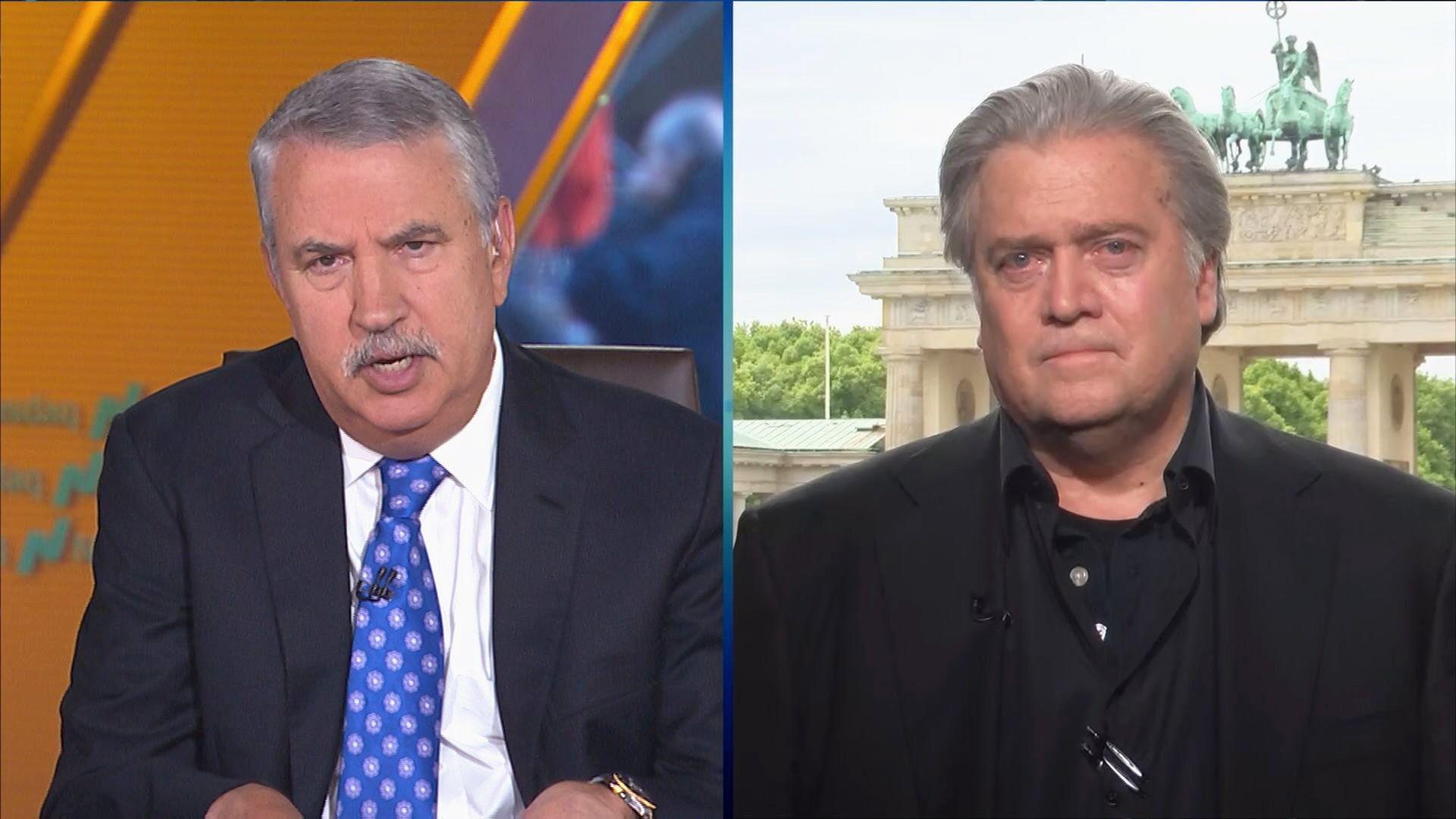 Bannon, whom diehard Democrats view as the antichrist, and Friedman, who works at what President Donald Trump calls “the failing New York Times,” both feel the president is right to go after Beijing.

While it may seem surprising, the two have agreed on Trump’s China policy for some time.

Friedman, while critical of Trump on many issues, wrote about a year ago that the economic fight with China is “worth having,” adding the president’s “instinct is basically right” to hold the line “before China gets too big.” The country is so polarized politically that the mere mention of Bannon and Friedman being on the same page on anything becomes a watershed event.

“I really agree with so much of what Steve said,” said Friedman, who was guest-hosting CNBC’s “Squawk Box” during the Bannon interview Wednesday morning. “The stakes of this moment, I think, people don’t fully appreciate,” referring to the economic clash of the world’s two biggest superpowers.

Earlier, Bannon said on the show that the standoff with China “cuts to the core of what the United States is going to be in the future.” The hardline ex-White House chief strategist argued that Chinese policies on its economy and trade, including Made in China 2025 and the Belt and Road Initiative, are part of a “master plan to become an economic hegemon.”

Bannon advocated that the U.S. dig in, even as Washington and Beijing upped the ante on tariffs on each other’s goods after trade talks stalled last week. “There is no chance that Donald Trump backs down from this,” Bannon said. “This is history in real time. This is the most significant thing that any president can possibly do.”

Later, addressing a question from Friedman about the politics of the 2020 presidential race facing the White House over China, Bannon told the Pulitzer Prize-winning columnist: “Remember when you came to the White House two years ago, you had come back from Beijing and we had this exact discussion. The biggest pressure the president has got is coming from his allies” — Wall Street and free-trade conservatives who want Trump to cut a quick deal rather than hold China’s feet to the fire on what the U.S. considers border economic cheating.

“Squawk Box” co-host Joe Kernen marveled about how much Friedman and Bannon agree on. “The universe did not end,” said Kernen, and Friedman responded by saying Bannon and he have actually been in sync on China for a while. “We’ve talked about this issue.”