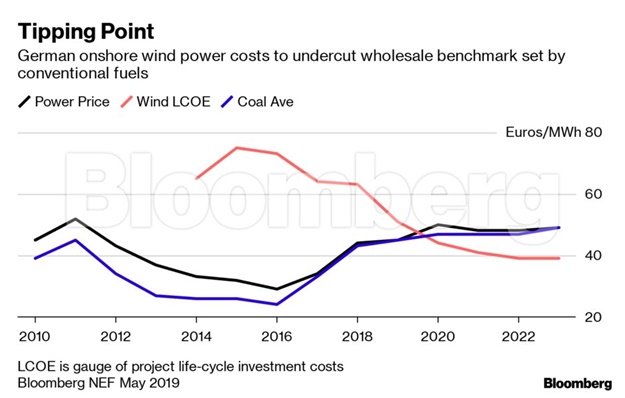 Germany’s decades-old willingness to subsidize green power is crumbling in the face of political headwinds over the cost of technology that’s only getting cheaper.

For the first time next year, the cost of electricity coming from wind and solar farms is set to fall below prices in the wholesale market in Germany, Britain and France, according to data from Bloomberg NEF. That outlook is endorsed by Germany’s biggest energy industry association and a few companies pursuing “merchant” deals where facilities make money purely from selling power at market prices.

It’s a sign that much of Chancellor Angela Merkel’s clean energy goals may be delivered without much more financial support from the government in the years ahead. That would add to signals that renewable energy is mature enough to compete on economics alone against fossil fuels.

“A trickle of merchant contracts today could develop into a steady stream,” said Stefan Kapferer, the managing director of the BDEW energy industry association. “I’m convinced of that.”

Merkel needs to keep a lid on subsidies that have made the nation’s electricity bills the most expensive in Europe after Denmark. Energy costs are hurting her coalition, which fell behind Germany’s Green Party in national opinion polls for the first time amid public frustration over the government’s stasis on climate policy.

While wind, solar, biomass and hydro plants accounted for about 40% of all Germany’s electricity last year, almost all of that relied on subsidies amounting to hundreds of billions of euros. Merkel’s coalition wants to bump the share of renewables to 65% by 2030.

To avoid a runaway subsidy bill, Germany, like other European states, is reducing the amount of carbon emission permits in circulation to push up the cost of burning coal and encourage investment in clean tech. That’s a fillip to wind and solar developers as equipment prices continue to drop relative to other power sources such as gas plants. 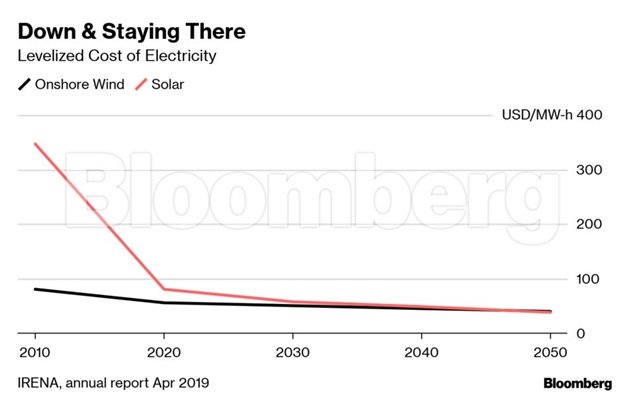 In 2018, the levelised cost of electricity – a gauge of projects’ life-cycle costs – for wind and utility-scale solar fell below power prices in Spain. LCOE rates for both energy sources fell as much as 65% in the last 4 years, BNEF said last month.

Support-free renewables are even gaining ground in China, the world’s largest market for green technology, which unveiled its first batch of zero-subsidy projects in May. BNEF expects the pilot program to eventually lead to subsidy-free wind or solar in all but eight provinces in China.

Germany has eliminated subsidies for offshore wind auctions, but still trails its neighbours such as Spain and Britain in cutting support for onshore ventures. Baywa. r.e., the renewables arm of Munich-based commodities company Baywa, built and sold the giant 175-megawatt Don Rodrigo solar plant in Spain without any state incentives last year. 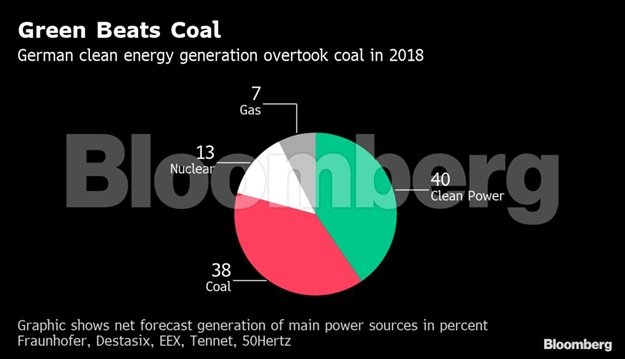 Merkel’s coalition is weighing policy to encourage the repowering of onshore wind parks, weakening the hand of opponents that are holding up development of new sites. It’s also promoting large-scale and subsidy-free solar parks in regions reliant on coal power and boosting off-shore wind build out, according to a policy document dated June 5.

“We’ll build without subsidies wherever economic opportunity arises,” said Marie-Luise Poertner, Baywa r.e.’s managing director for wind, in an interview. “We see the market heading in this direction.” 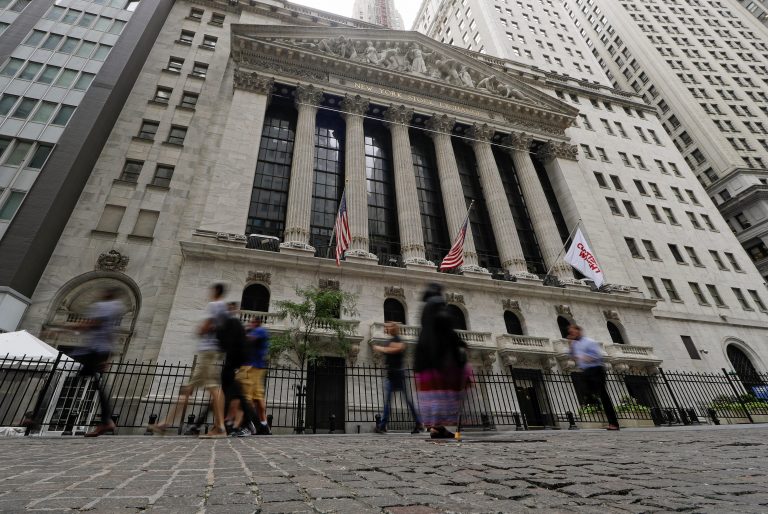 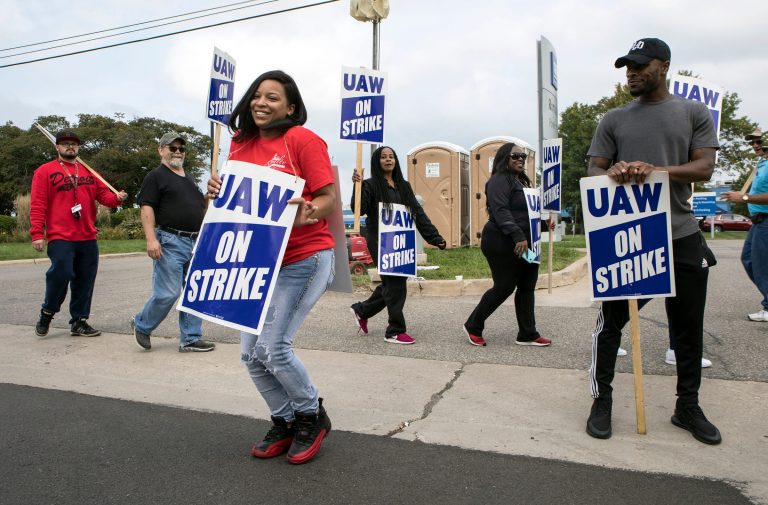