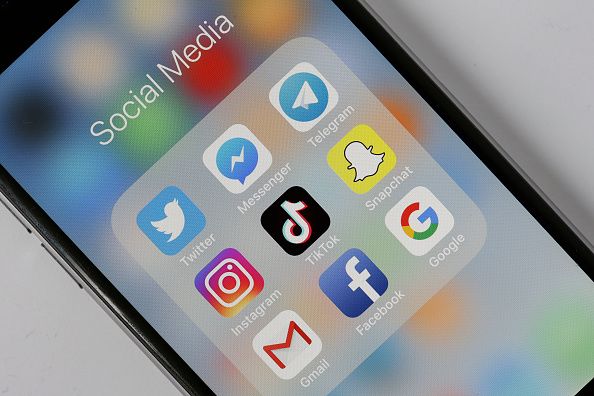 Less than half of S&P 500 and FTSE 350 CEOs have a social media presence, new research has found – and that could be the difference between their companies retaining and losing top talent.

Advisory firm Brunswick launched its Connected Leadership Index last week, documenting the digital profiles of 790 CEOs across the S&P 500 and FTSE 350 indexes – the two big indexes in the U.S. and U.K.

Walmart CEO Doug McMillon was named the most connected leader, with a strong digital presence on social networks Facebook, LinkedIn and Instagram.

“Doug McMillon’s ownership of social media has changed the game for this company,” one Walmart employee told Brunswick’s researchers. “He understands that it connects us, drives us, and builds morale within the store. His presence gives that extra ‘spark’ we all need.”

The chief executives of Allergan, PepsiCo, Nasdaq and PayPal rounded out the top five.

The top 10 most connected leaders

Brunswick’s analysis looked into several factors that make up a CEO’s digital presence. These included online activity and identity verification across Facebook, Twitter, Instagram and LinkedIn, as well as their presence on other widely used platforms, such as Wikipedia and corporate websites.

Although just 48% of the chief executives included in the analysis had a social media presence, researchers found there were high expectations for CEOs to communicate via social networks.

The research surveyed more than 4,000 employees and 805 financial publication readers based in the U.K. and the United States.

It found that 65% of U.S. employees and 73% of British workers felt it was important for CEOs to actively communicate about their company on social media. Almost 70% of American employees said they expected a CEO to act as the face of the company, with 73% saying chief executives were responsible for setting a company’s vision.

Meanwhile, around half of the employees surveyed in both the U.S. and the U.K. said they expected CEOs to be a role model for workers, set the moral tone for an organization and communicate directly with the public and investors.

Social media also played a vital role in times of company crisis, the research showed. Nine in ten financial publication readers believed it was important for a CEO to communicate on social media during a crisis, with 80% of employees expecting the same.

Maintaining a digital presence could also help CEOs retain talent, according to the study. Researchers found that twice as many workers would prefer to work for a CEO who used social media as part of their work – and 93% of all employees surveyed considered leadership that communicates directly and transparently with workers an important factor in deciding whether to stay at a company.

A majority of the workers included in the survey also told Brunswick they would check a CEO’s social media accounts before joining a new company.

These expectations were also reflected in leaders’ approval ratings. The average Glassdoor rating for the index’s top 50 connected leaders was 5% higher than their peers, while their companies were rated 3% higher on average than their competitors.

Although CEOs were most likely to be active on LinkedIn, the report found that being active on Facebook and Instagram presented a better opportunity to connect with a larger and more diverse audience.

“Social media … provides an unfiltered forum for corporate leaders to listen to their communities and to connect by sharing their successes and challenges,” Adena Friedman, president and CEO of Nasdaq, said in the report. “Social media projects the human side of the corporate world.”

The full ranking of the top 100 connected CEOs can be found here.