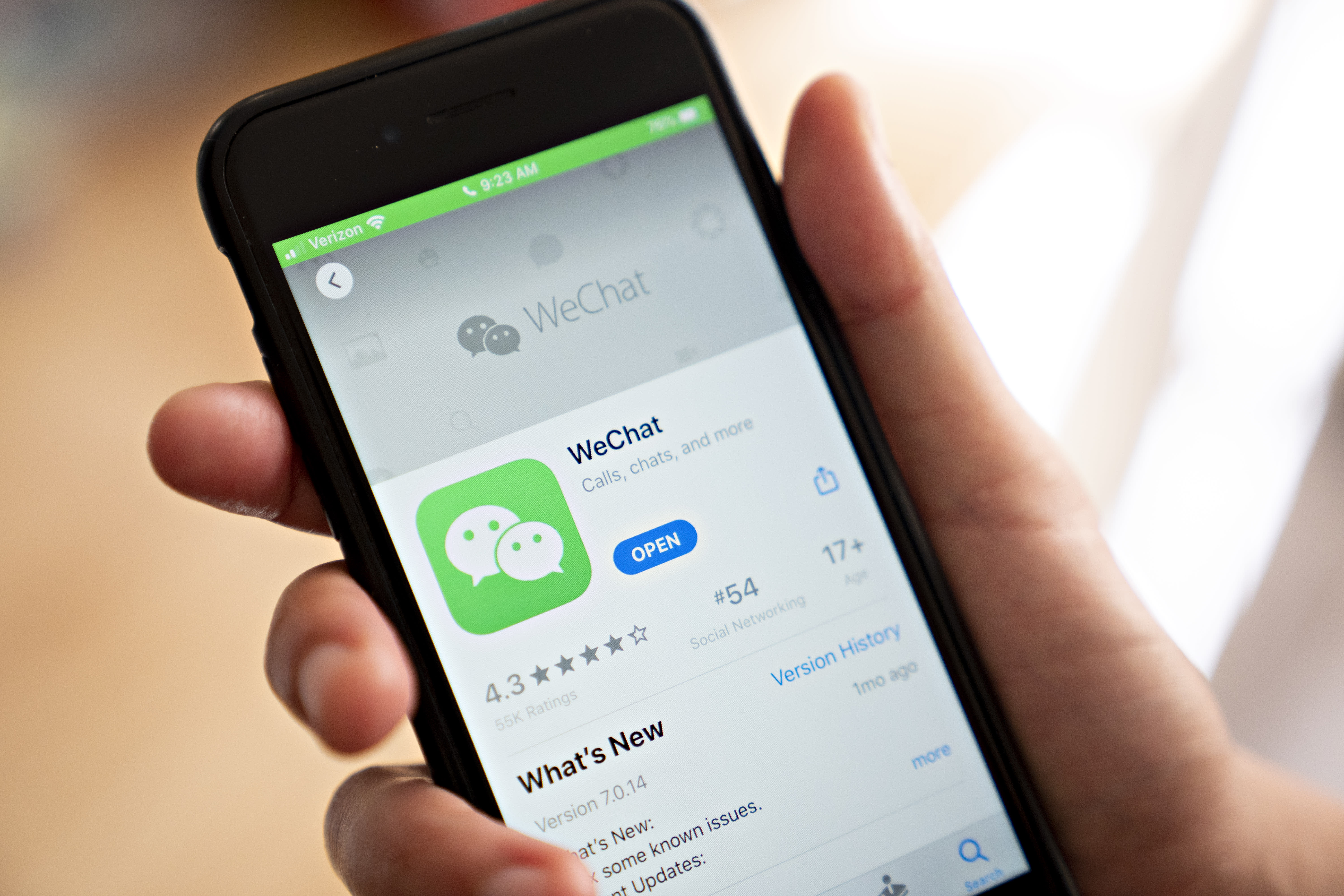 The Tencent Holdings Ltd. WeChat app is displayed in the App Store on a smartphone in an arranged photograph taken in Arlington, Virginia, on Friday, Aug. 7, 2020.Andrew Harrer | Bloomberg | Getty ImagesTencent on Wednesday reported results for the three months through to the end of June that beat analyst expectations in one of the fastest revenue-growing quarters in two years.Gaming boosted overall revenue while Tencent saw some weakness in its advertising business. The earnings report may be overshadowed by an executive order signed by President Donald Trump last week that prohibits any transaction related to WeChat, the wildly popular messaging app owned by Tencent. The executive order comes into effect in September. Here’s how the company performed versus Refinitiv consensus estimates from analysts:Revenue: 114.88 billion yuan ($16.53 billion) vs 112.72 billion yuan expected. That’s a 29% year-on-year rise, the fastest growth since the second quarter of 2018.Profit attributable to equity holders of the company: 33.1 billion yuan vs 27.56 billion yuan expected. That’s a 37% year-on-year rise.Gaming boostOnline game revenue, one of Tencent’s most important businesses, grew 40% year on year to 38.29 billion yuan. That was faster growth than seen in the first quarter of 2020. Analysts at China Merchants Securities expect Tencent to pull in 41.6 billion yuan in online game revenue. Tencent’s gaming division got a boost in the first quarter as people turned to its mobile titles while stuck at home during coronavirus lockdowns in China and elsewhere. Tencent warned then that it expected in-game consumption to normalize going forward. The online gaming division got a boost thanks to mobile games such as “Peacekeeper Elite” and “Honour of Kings” helping to offset a decrease in PC game sales. Smartphone game revenues came in at 35.99 billion yuan, a 62% year-on-year rise. PC games revenue fell over 6% year-on-year. “In China, user time spent on our smart phone games increased year-on-year but decreased quarter-on-quarter due to seasonality and back-to-office behavior,” Tencent said in its earnings release. “Internationally, our MAU (monthly active users) increased significantly year-on-year and quarter-on-quarter due to new game launches and more user time spent during the stay-at-home period.”Advertising weaknessWhile online games accounted for around one-third of revenue, Tencent has some other fast-growing businesses too. Social network revenues increased by 29% year-on-year to 26.71 billion yuan due to revenue contributions from digital content services including live broadcast service Huya, which Tencent has a large stake in, as well as the company’s music subscription service. Revenue from the fintech and business services division increased to 29.86 billion yuan, a 30% year-on-year rise and a faster growth rate than the previous quarter. However, this was below a Refinitiv consensus estimate of 30.61 billion yuan. This business includes some of Tencent’s financial technology products like WeChat Pay as well as its nascent cloud computing segment. The Chinese technology giant said the revenue growth was due to “increased average daily transactions and value per transaction, from wealth management, as well as from cloud services as a result of greater consumption of our public cloud.”Meanwhile, online ad revenue rose 13% year-on-year to 18.55 billion yuan versus expectations of 20.27 billion yuan, according to Refinitiv consensus estimates. The growth rate was also slower than the 32% year-on-year rise seen in the first quarter of 2019. Ad revenues were dragged down by a 25% plunge in media advertising revenue. This relates to advertising on Tencent Video, the company’s streaming service. “The decrease was primarily driven by lower advertising revenues from Tencent Video as a result of weak brand advertising demand amid the challenging macro environment, as well as delayed content production and releases,” Tencent said. WeChat in focusLast week, Trump issued an executive order banning U.S. transactions related to WeChat. The scope of that ruling is unclear as of now.On the earnings call, Tencent executives said they believe Trump’s executive order is focused on WeChat in the U.S. and not its other businesses there. Tencent executives said they would not take any questions on the executive order as they were still “seeking further clarification” on the order.Analysts don’t think Washington’s move will have a major impact on Tencent.”WeChat itself has immaterial business and financial exposure to the US,” analysts at China Renaissance said in a recent note. James Mitchell, chief strategy officer at Tencent, said the U.S. represents less than 2% of the company’s global revenue and less than 1% of total advertising revenue. He added that he doesn’t believe that U.S. companies advertising on Tencent platforms in China will be impacted as the executive order covers only the U.S. jurisdiction.

TikTok plans to sue Trump administration over ban as soon as Tuesday, report says
Anastasiia Bondarchuk – a model with an international name, became the face of the new Ukrainian women’s clothing brand
To Top
error: Content is protected !!
Top