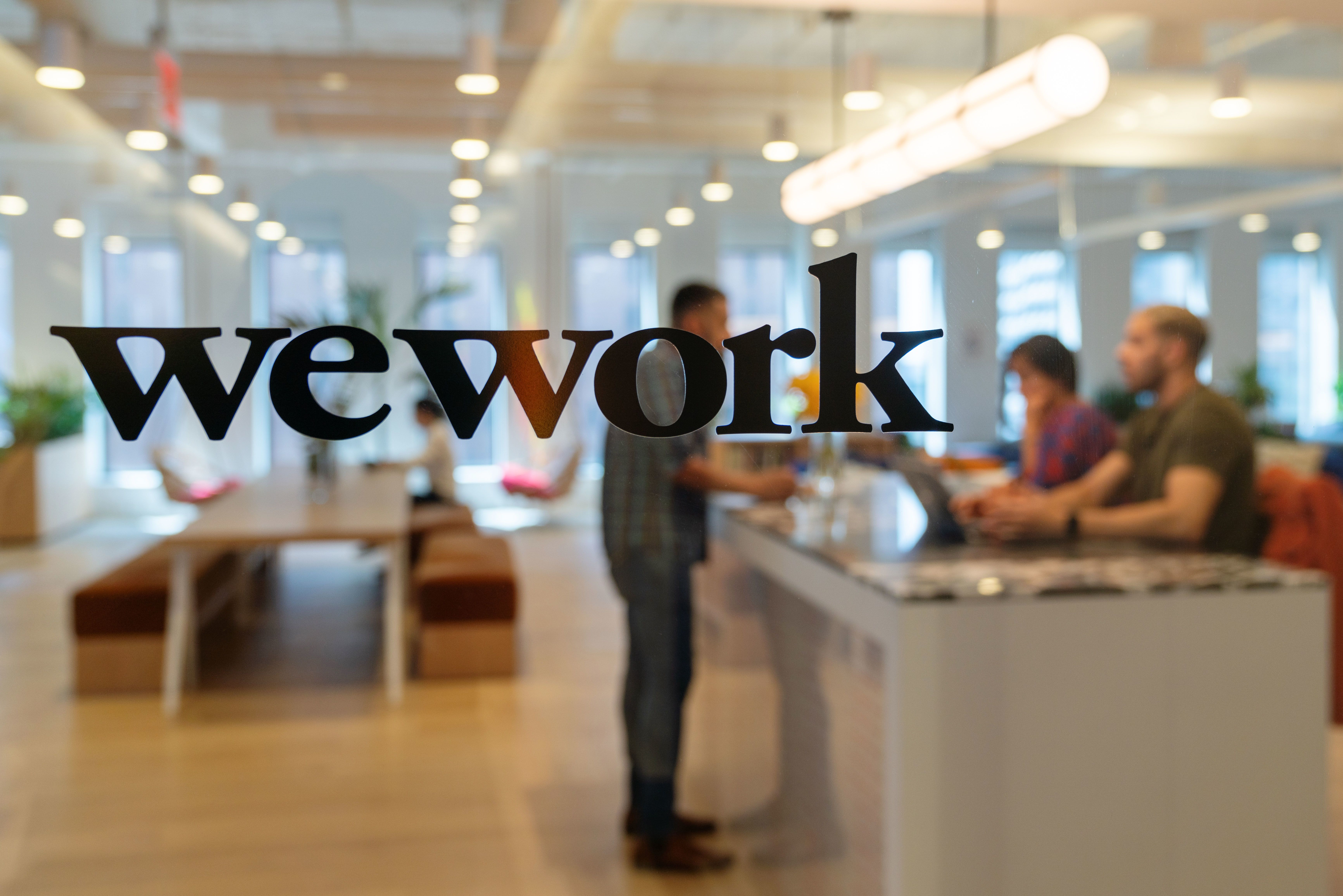 Signage is seen at the entrance of the WeWork offices on Broad Street in New York.

WeWork is not the first company to rent office space to workers and companies looking to set up in an established facility.

But its aspirational branding has lured in billions of dollars from tech investors who believe the company is much more than a glorified landlord.

WeWork borrows from tech jargon in calling itself a “space-as-a-service” business, modeled off of the term “software-as-a-service” used to describe companies like Salesforce.

In addition to offering stylish work spaces, WeWork says its “community technology” (AKA its app) helps its customers book rooms, find events and connect with one another.

This buzzy branding has ratcheted WeWork’s valuation up to $47 billion as of January, when its largest backer, SoftBank, invested another $2 billion. Meanwhile, WeWork reported staggering losses in its S-1 filing released Wednesday. The company said it saw a net loss of more than $900 million for the first six months of 2019. By comparison, Uber, another recent tech IPO, reported a loss of more than $5 billion in its second quarter, which it largely blamed on stock-based compensation from the IPO.

‘Our mission is to elevate the world’s consciousness’

Romantic language in WeWork’s public filing illustrates how it brands itself as much more than a real estate company. In its S-1, the We Company, to which WeWork recently rebranded, portrays itself as a firm that shirks stuffy corporate culture and invents its own lingo.

The mission-driven culture does not stop at the staff level for WeWork.

As part of its public offering, CEO Adam Neumann and his wife and chief brand and impact officer, Rebekah, pledged to give $1 billion to fund charitable causes within the first 10 years of the offering, according to the S-1. If the couple fails to follow through, they will lose half of their voting rights, the documents states.

In addition to serving as founder and CEO of the company’s education unit, WeGrow, Rebekah Neumann is described as a “strategic thought partner” to Adam Neumann in the S-1. The company said she has never received a salary.

The We Company contends that its “powerful brand, global footprint, scalable business model and cost advantage are significant competitive advantages that will allow us to further penetrate existing and new markets and maximize the future impact of the WeWork effect.”

Investors will soon have the chance to decide for themselves how much that brand is worth.

Watch: How does WeWork work, and why it is losing money

Twitter is finally embracing change, and it seems to be working
Uber stock hits a new all-time low
To Top
error: Content is protected !!
Top