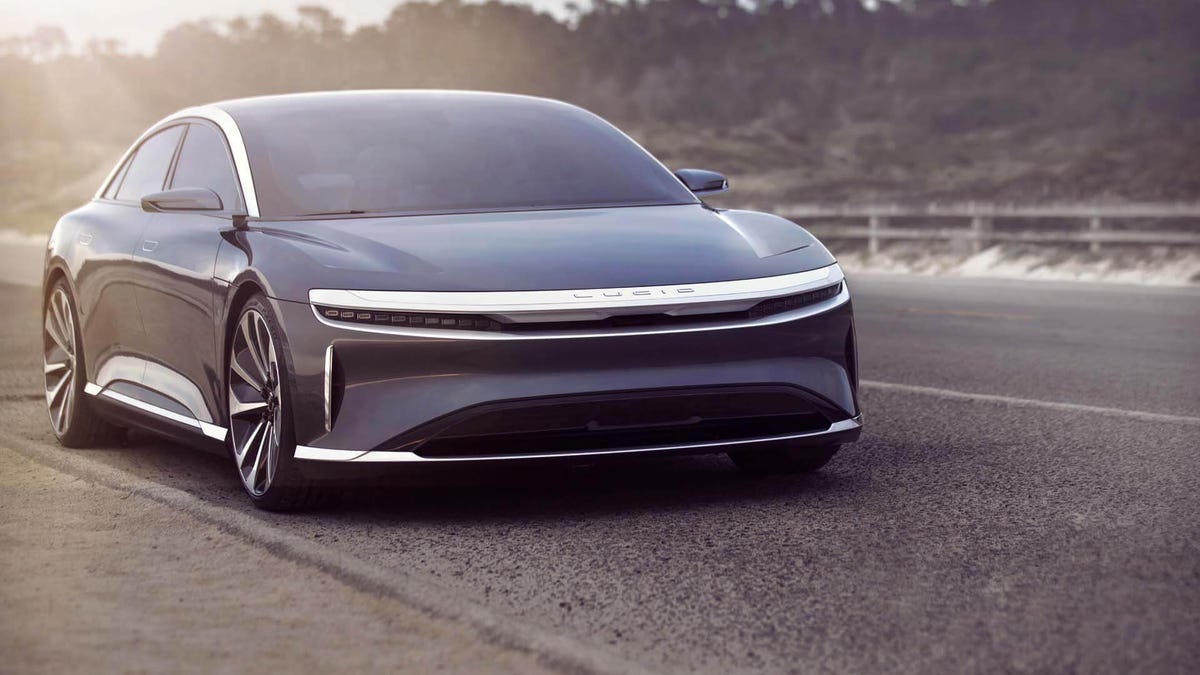 Climate change and EVs: How will future cars stem global warming?Electric vehicles have become a hot trend. But how much better are they for the environment than standard gas or diesel-powered cars?Just the FAQs, USA TODAYWho needs an electric car with more than 500 miles of range?The leader of Lucid Motors, a start-up luxury electric vehicle maker that is making one, admits it’s more than enough battery power for most drivers.“Not many people need 500-mile range,” Lucid CEO Peter Rawlinson said, “but it is a way of dismissing range anxiety once and for all, isn’t it?”The former Tesla Model S lead engineer said Lucid will release its first vehicles this year. The longest-range edition of its first model, the Lucid Air sedan, will get about 517 miles on a single charge with a price tag starting at $139,000.Lucid made a splash on Wall Street on Monday when it went public in a deal with a special-purpose acquisition company (SPAC).While 500 miles of range might sound excessive, Rawlinson compares Lucid’s approach to that of companies that make watches capable of plunging safely to “incredible depths” on the wrists of deep-sea divers.“People are not going to dive 1,000 meters, but the watch can do it,” Rawlinson said. “You’re buying that credibility and quality.”Got a car lease?: Your vehicle could be worth thousands of dollars more than expected because of COVID-19Consumer Reports: These are the 10 most and least reliable 2021 cars, trucks and SUVsRawlinson recently spoke to USA TODAY’s Nathan Bomey about Lucid’s future, a proposal in Washington to expand the EV tax credit and the company’s competition.Highlights from the interview, which has been edited and condensed for space and clarity:On Lucid going public:Rawlinson: We’ve raised $4.4 billion, and that means we can accelerate the trajectory of the company.On when Lucid’s first electric vehicles will be released:Rawlinson: We’re on track (for) the second half of this year.On when Lucid will begin selling vehicles in large quantities:Next year: 20,000 units. On the proposed infrastructure bill in Washington:Rawlinson: It’s very nice that we’ve got this incentive package. I would much prefer to see (incentives tied to electric vehicle) efficiency.Suppose 100 years ago you were going to incentivize the uptake of a gasoline car. You’d want to incentivize efficient gasoline cars. You wouldn’t want to incentivize gas guzzlers.There are gas-guzzling EV equivalents in terms of their CO2 environmental footprint. Not all EVs are the same. Some are more efficient than others. We’ve got extraordinary efficiency in our product.The whole point of electric cars is to incentivize environmentalism. Therefore one should be incentivizing the uptake of efficient electric cars.On how Lucid may eventually deliver an affordable electric car:Rawlinson: Efficiency is the route to affordability. We can go further with less batteries. That will cost less.On when Lucid will deliver an affordable electric car:Rawlinson: To do a truly affordable electric car, the company would have to grow. It would represent a huge investment for us if my investors wanted to do that.So I think if you’re talking about (a starting price of) $25,000-$30,000. We’re about seven or eight years out from that, realistically. Nine years on from Model S, Tesla still hasn’t done a $25,000-$30,000 car.I don’t think we’ve got the company maturity and infrastructure (yet) and the amount of capital it would take.On why Lucid is making a car that has more than 500 miles of range:Rawlinson: I believe that we need to create a technological tour de force. Not many people need 500-mile range, but it is a way of dismissing range anxiety once and for all, isn’t it?You can replace range anxiety with range confidence. Great products do extraordinary things.Who are your competitors?Rawlinson: The gasoline luxury market. And that’s really dominated by Mercedes, BMWs, Porsches, and to some extent Lexus and Jaguar as well.The media likes a comparison with Tesla. Tesla is the undisputed leader in technology. Tesla is the benchmark against which everyone will be judged, particularly for EV efficiency powertrain prowess.So I would say that (Lucid’stechnology should be benchmarked against Tesla.You can follow USA TODAY reporter Nathan Bomey on Twitter @NathanBomey and subscribe to our free Daily Money newsletter here for personal finance tips and business news every Monday through Friday morning.