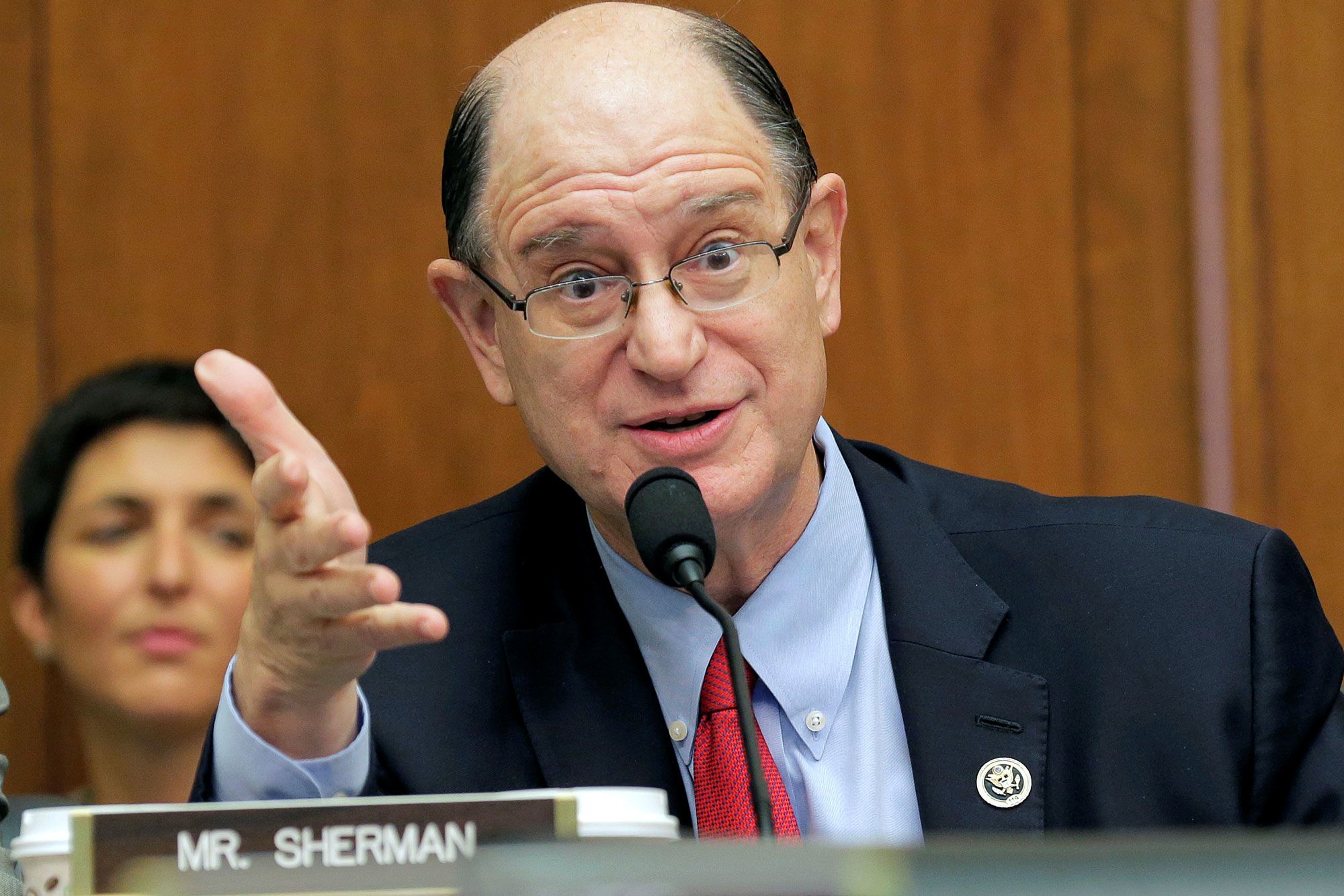 Rep. Brad Sherman, D-Calif., compared the potential consequences of Libra to the terrorist attacks on 9/11.

“We’re told by some that innovation is always good,” Sherman said. “The most innovative thing that’s happened this century is when Osama bin Laden came up with the innovative idea of flying two airplanes into towers. That’s the most consequential innovation, although this may do more to endanger America than even that.”

Sherman called for Facebook CEO Mark Zuckerberg to face congress and said the executive, “needs to be an advocate for privacy and so he is creating a device which will provide privacy to drug dealers, human traffickers, terrorists, tax evaders and sanctions evaders.”

Other members of the committee were less dire, but still critical of Facebook’s plans for Libra.

“This is not Silicon Valley,” Rep. Nydia Velasquez, D-N.Y., told the head of Facebook’s new subsidiary, Calibra. “You cannot work out problems as you go.”

Velasquez, Chairwoman Maxine Waters, D-Calif., and Rep. Carolyn Maloney, D-N.Y., asked Marcus if he would commit to refraining from moving forward with Libra until policymakers put appropriate regulations in place.

Clarifying his response, Marcus told Waters, “I committed to waiting for us to have all the appropriate regulatory approvals and have addressed all concerns before moving forward.”

“That’s not a commitment,” Waters responded.

Maloney asked if Marcus would commit to a pilot program to launch Libra to 1 million users with regulatory oversight. Marcus reiterated that Facebook purposely came out with this plan and a white paper prior to Libra’s full release in order to go through regulators.

“I don’t think you should launch Libra at all because the creation of a new currency is a core government function,” Maloney said. “But at the very least you should agree to do this small pilot program first.”

Lawmakers asked Marcus to clarify how to qualify Libra and the system around it.

“What is a Libra?” asked ranking member Patrick McHenry, R-N.C. He asked Marcus if he considers Libra a security, commodity or an exchange-traded fund. Marcus said he does not consider Libra a security or ETF, and said it could possibly be considered a commodity.

McHenry asked if Libra will be more like PayPal, of which Marcus previously served as president, or Western Union. Marcus said it would depend on the transaction, but it would usually be more akin to PayPal.

Rep. Ed Perlmutter, D-Colo., also drilled down on whether Libra is more like a bank or an app like Venmo. He highlighted the tension lawmakers feel over the new currency.

“We all have this same question for you and that’s the resistance you’re feeling because we think you’re a bank, but you’re not quite like a bank,” Perlmutter said. “And if you’re a bank, we regulate the heck out of you because we’ve seen a lot of people lose money where there hasn’t been regulation. So that’s the resistance that I feel, I want to support your innovation I want to support the efficiency that you people believe you’re bringing to the table. But I also don’t want anybody getting hurt here.”

In response to a question from Rep. Scott Tipton, R-C.O., Marcus said the project is not planning to offer banking services, but acknowledged that banking regulation would be in order if it were. Throughout the hearing, Marcus stressed the focus of Libra is “payments” rather than banking.

Lawmakers also expressed concern about the impact of Libra on the strength of the U.S. dollar.

“Tell me how Libra will not undermine sovereign currencies and the power of central banks. Or is the point, is the very point, to undermine central bakers and to provide greater freedom away from central banking?” Rep. Andy Barr, R-K.Y. asked.

“I want to be very clear, we do not want to compete with the dollar or with sovereign currencies,” Marcus said. “This is why they make the reserve. And even in our wildest dreams, never will we come anywhere close from the size of any of the currencies that you mentioned.”

Marcus did not directly answer a question from Rep. Alexandria Ocasio-Cortez, D-N.Y., asking whether currency or Libra should be a public good. The Libra white paper does claim global currency “should be designed and governed as a public good.”

Rep. Michael San Nicolas, D-Guam, said he didn’t believe that Facebook had not made projections about the average value users will hold in Libra. He said the potentially vast reach could disproportionately impact the U.S. because it holds a large portion of the global gross domestic product in dollars compared to its relative population size.

“That’s money that’s being sucked out of the U.S. financial system and being put into whatever this cabal is putting together in terms of Libra and Calibra,” San Nicolas said. “Once we impact disproportionately U.S. dollar demand by sucking dollars into Libras, interest rates will have to rise to attract dollar denominated investors, higher interest rates will injure the U.S. economy and U.S. jobs, higher interest rates, perhaps more importantly will raise the financing cost of funding U.S. military operations and national security.”

Some representatives asked Marcus about how the 27 organizations that make up Libra’s governing body alongside Facebook were chosen.

“Who picked the founding members of this governance over the currency?” Ocasio-Cortez asked after Marcus responded that the members were not democratically elected.

Rep. Anthony Gonzalez, R-O.H., also asked Marcus how many of the member groups Facebook recruited to the association. Marcus only said the company approached “a wide range of companies.”

Several committee members said Facebook’s stated mission of serving the underbanked seemed out of touch with the reality of a population that often lacks financial literacy. Marcus told Rep. Ayanna Pressley, D-Mass., Libra does not require a bank account but does require a smartphone and does not provide interest on money in their accounts.

Rep. Sean Duffy, R-WI, raised censorship concerns that have been a common talking point among Republican lawmakers. Duffy asked if people who have been banned from Facebook’s social network like Milo Yiannopoulos and Louis Farrakhan would be allowed to use Libra.

He also asked if law-abiding gun dealers would be allowed to use the system.