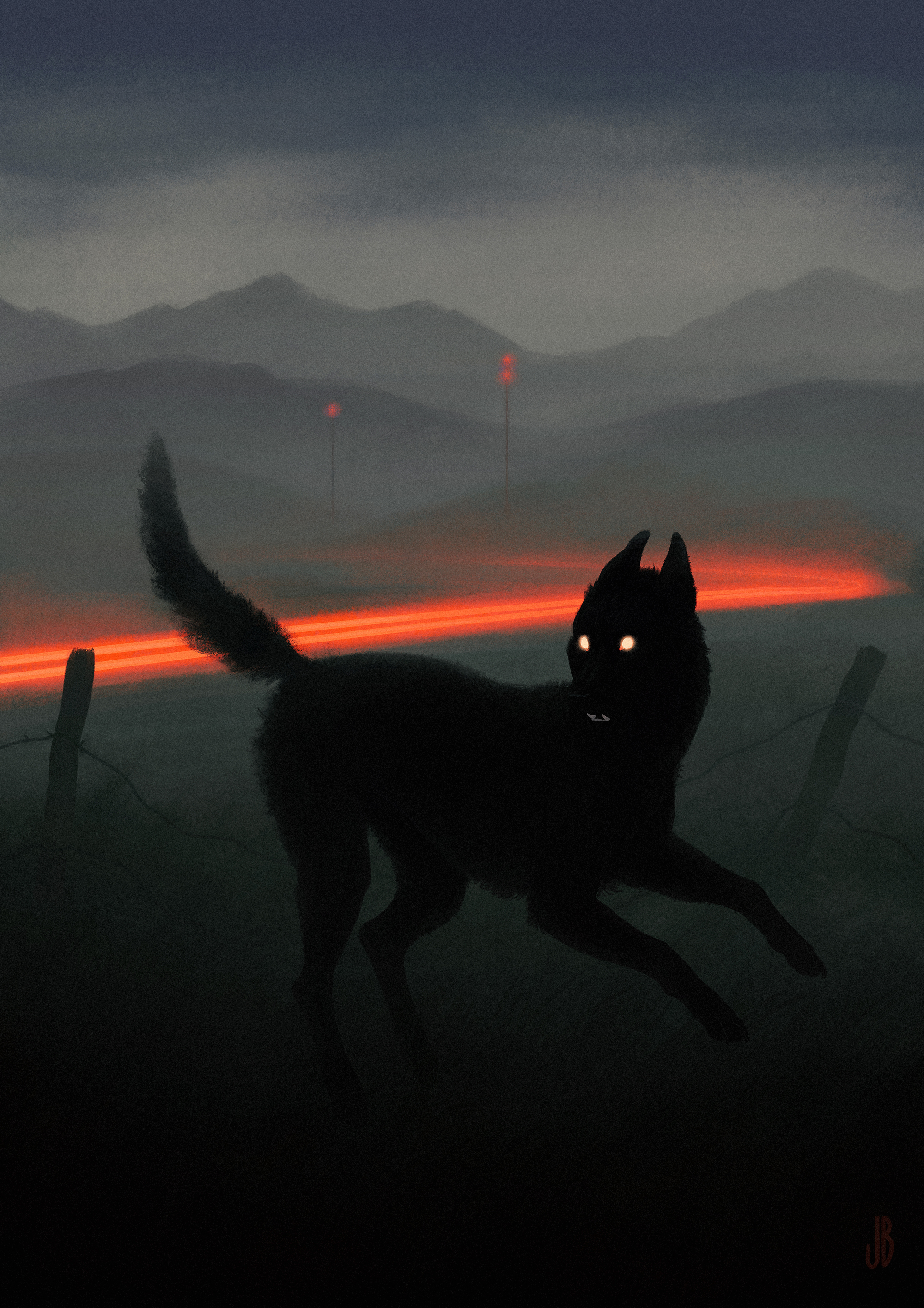 Utah-based illustrator Jenna Barton creates shadowy portraits of animals inspired by her dreams, travels, experiences, and the aesthetic and emotions of the rural environments where she grew up. While she does integrate watercolor into some of her illustrations, Barton’s work is primarily digital. The style she refers to as “magical-realism-animal-gothic” came about around 2017, after she completed her BFA in Illustration and decided to take some time to escape the constraints of school and to focus on art that she cared about.

I hark back a lot to my childhood in Idaho, as well as looking to my current environment in Utah, to inform my work. I’d like to capture the strange emotions that I always felt in rural and empty places, and the daydreams I’ve had there. It’s those luminal spaces that I like best, and I’m interested in the structures that bring the human world into nature—radio towers, houses, power lines—especially in the absence of humans themselves.

Barton tells Colossal that many of her subjects are mammals because they share traits with humans, “while at the same time existing in a very different world from them.” Lurking big cats and silhouetted dogs and deer stare blankly with white eyes and stoic postures against relatively simple backgrounds—a window, a staircase, clouds—which give the illustrations a sense of mystery. “Animals with elegant silhouettes, like canines and deer, are special favorites for their graceful looks and sense of motion,” Barton explains. “I give most of my subjects glowing white eyes to indicate the presence of a supernatural element and to suggest that the figures pictured are something between animals and spirits, or gods.”

Barton’s otherworldly works are available as prints via her webstore, and you can also check out more of her animal portraits on Instagram. 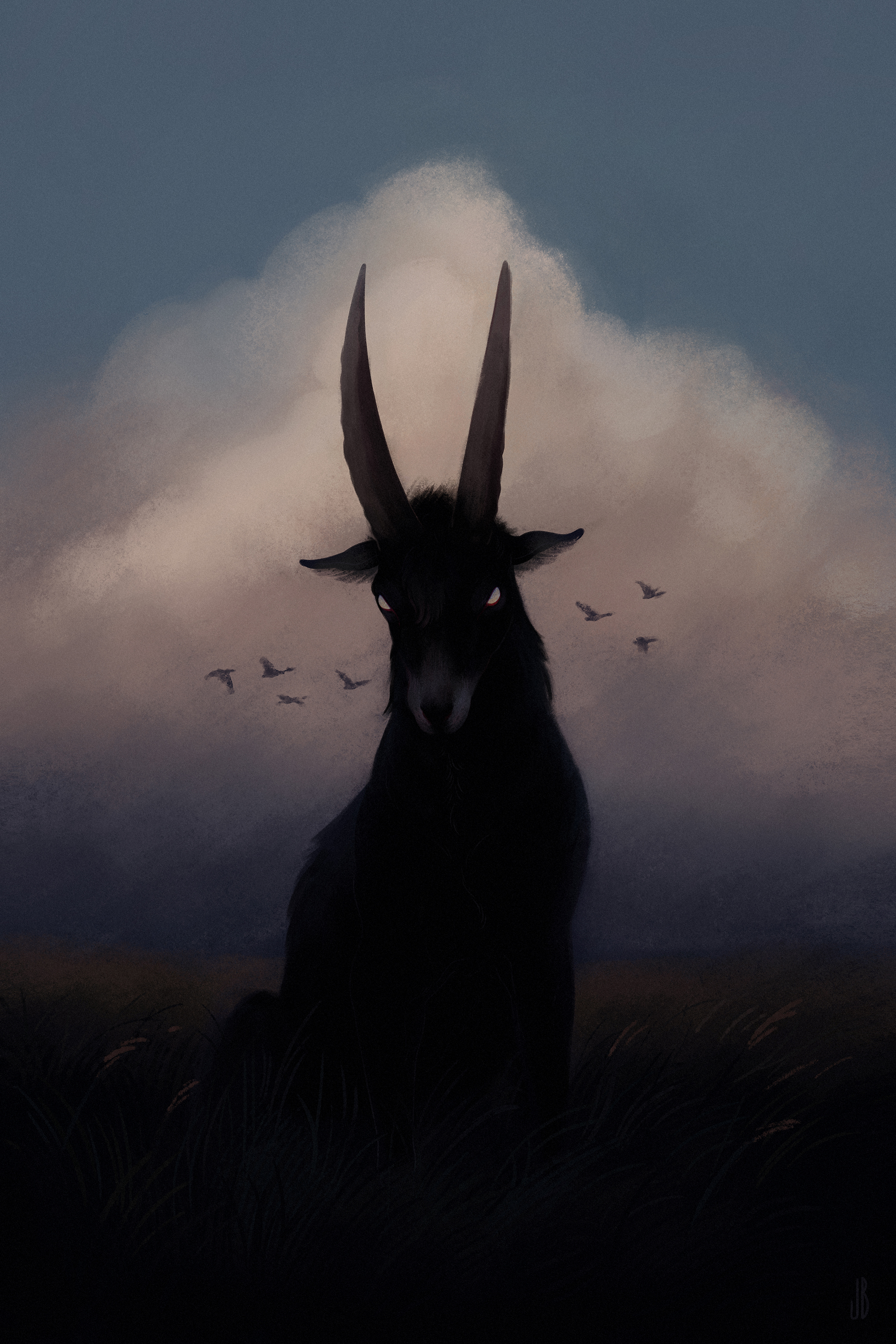 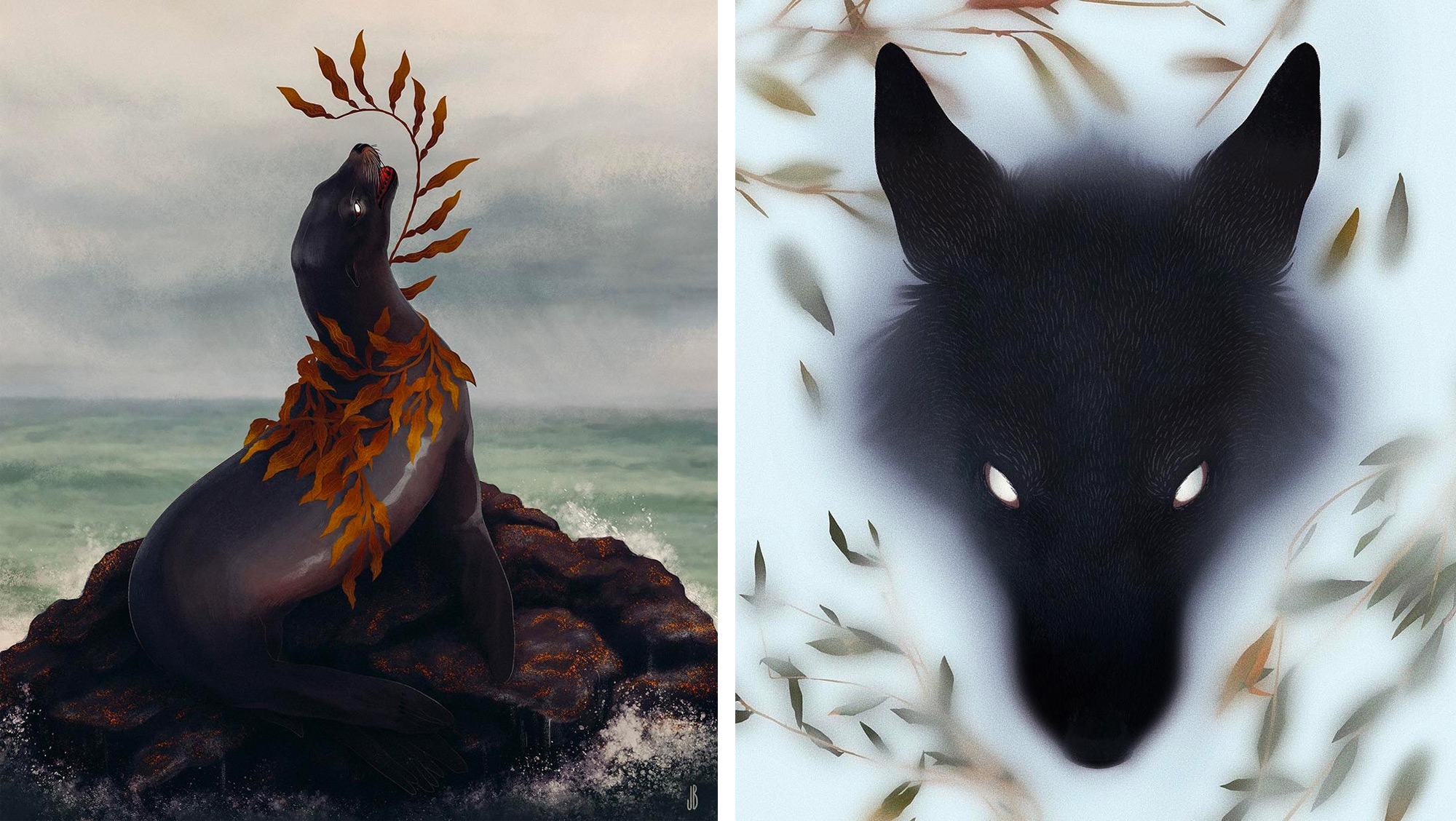 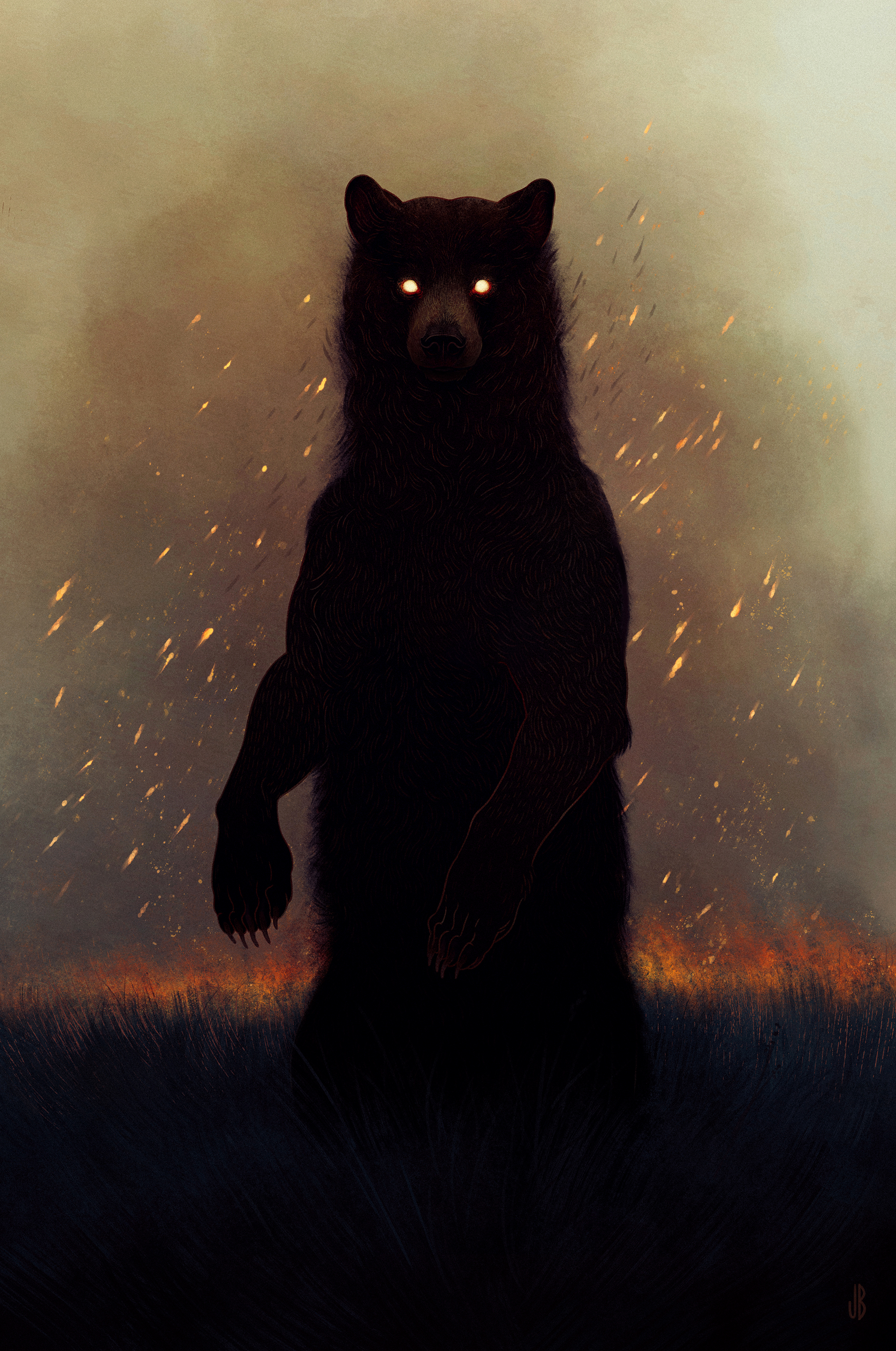 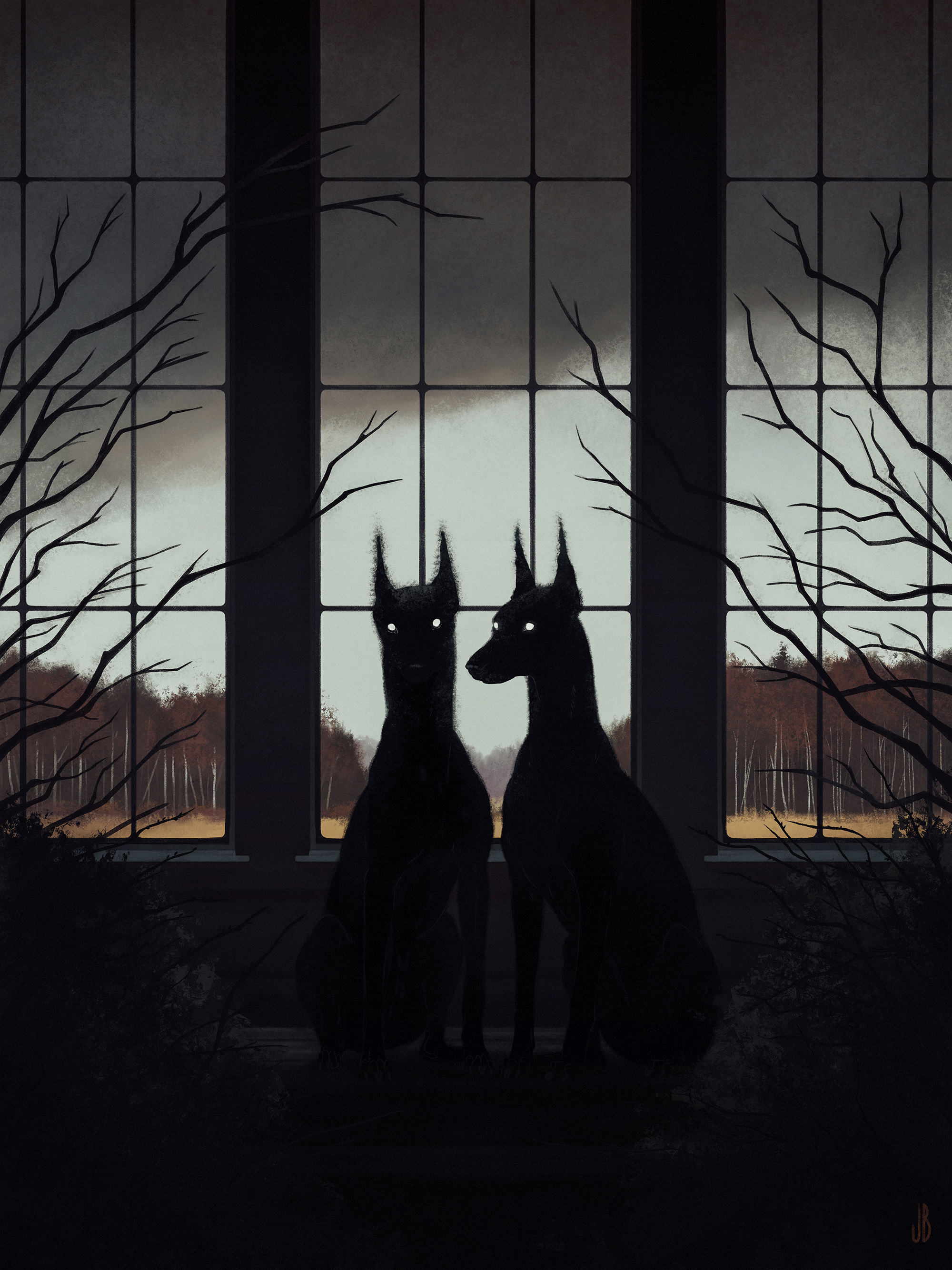 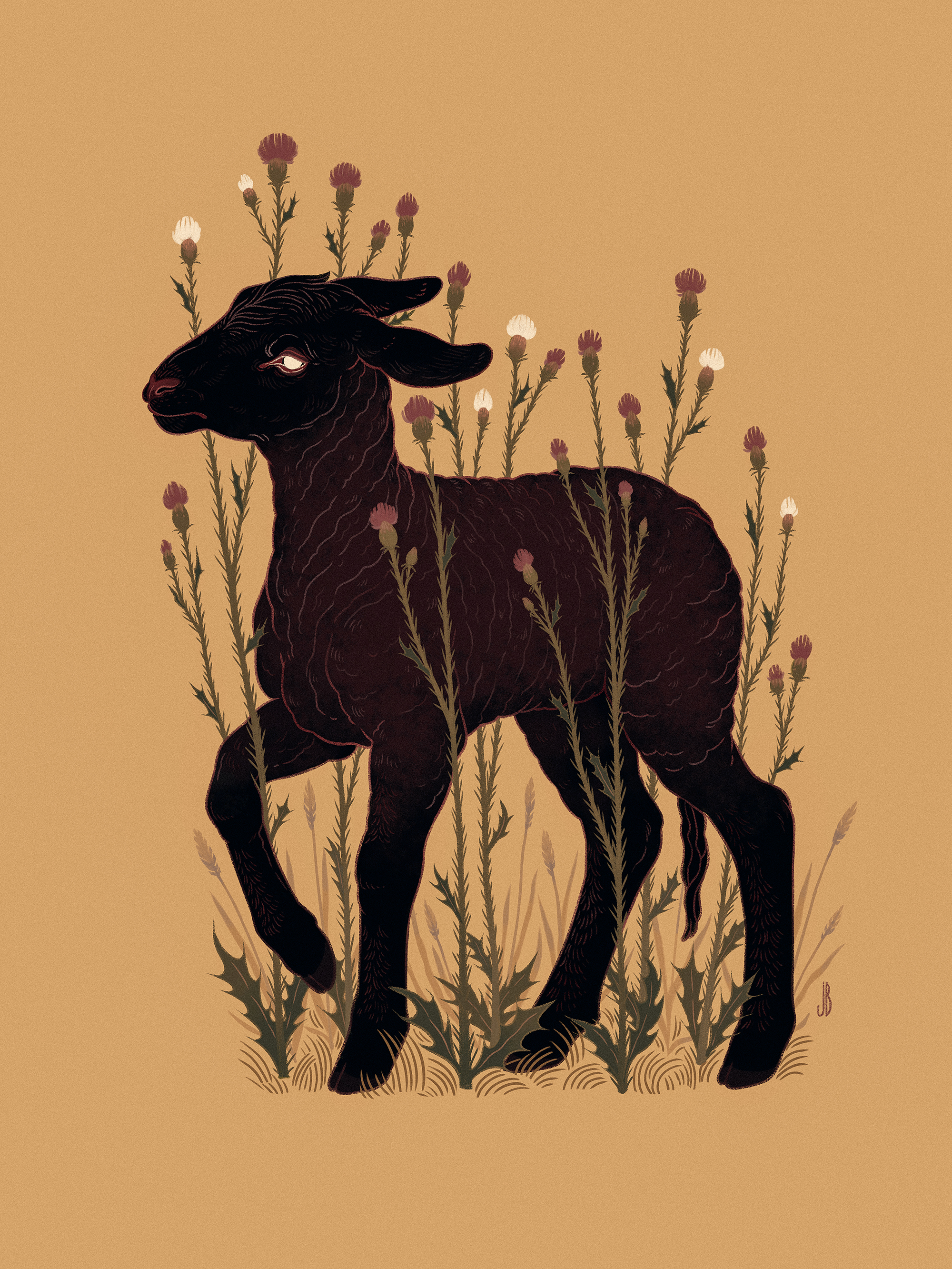 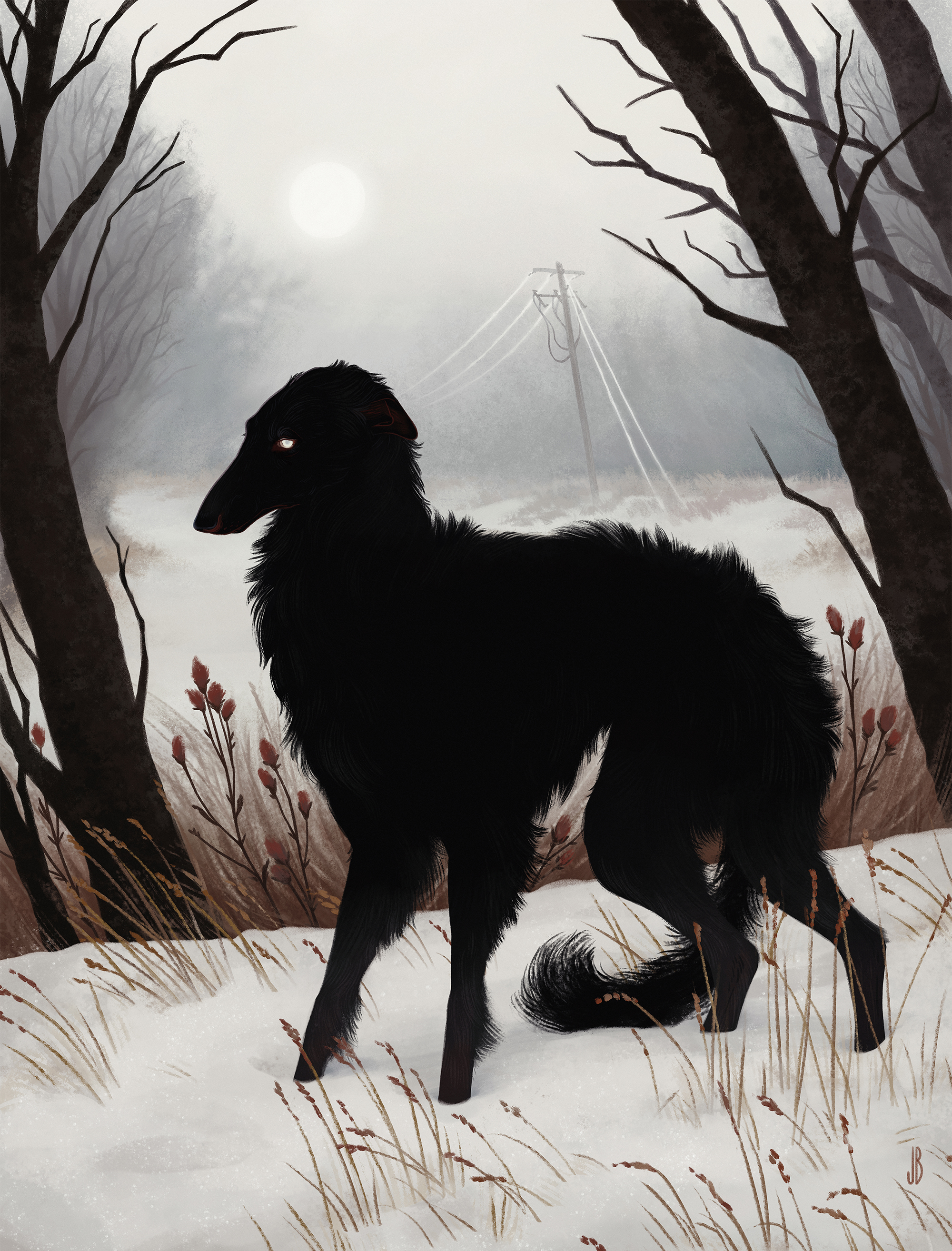